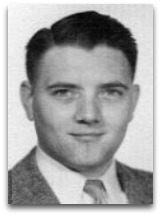 Tribus
Jayne's paper was of considerable influence to American engineer Myron Tribus who had spent the previous ten years attempting a similar derivation that when in 1948 he was told about Jaynes' paper he took an overnight train from LA to Stanford to visit Jaynes in his office. [5]

Economic thermodynamics
In 1991, Jaynes initiated a foray into economic thermodynamics with his article “How Should we Use Entropy in Economics: Some Half-baked Ideas in Need of Criticism”, the subtitle a pun on Paul Samuelson’s 1972 “half-baked” comment, in which is he introduces some tentative outlines of how an economic system can be modeled as a thermodynamic system, such as how Willard Gibbs' 1873 graphical thermodynamic ideas on entropy convexity can be mixed with logarithmic interpretations of economic entropy, which he defines as follows:

where (X,Y,Z ...) are some type of macroeconomic variables, which he doesn't really go into, and W is the multiplicity factor of the macroeconomic state, which he describes as the "number of different microeconomic ways in which it can be realized", whatever that means, and tries to connected in some way to French mathematician Rene Thom’s 1960s catastrophe theory and the thermodynamics of a ferromagnet and Curie temperature. [6]

Education
Jaynes received his BA in physics from the University of Iowa in 1942 and PhD on ferroelectricity at Princeton in 1950 under the direction of Eugene Wigner. [3]