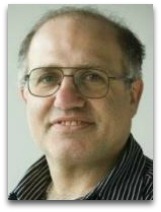 In economic thermodynamics, Elias Khalil (1957-) is an American economist noted for several commentary publications on theorists, such as Julius Davidson and Nicholas Georgescu, to have employed thermodynamic logic in the economic theory.

In 2004, Khalil published his “The Three Laws of Thermodynamics and the Theory of Production”, which he had reviewed by: Jeffrey Wicken, Reiner Kummel, Kozo Mayumi, among others, wherein he argues the following position: [1]