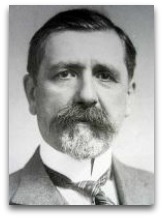 In existographies, Emile Borel (1871-1956) (Siegfried 10:2) was a French mathematician noted for his 1913 article “Statistical Mechanics and Irreversibility”, followed by his 1914 book Chance, in which he introduced the typing monkeys explanation of the statistical view of the second law. In short, Borel argued that that if a million monkeys typed ten hours a day, it was extremely unlikely that their output would exactly equal all the books of the richest libraries of the world; and yet, in comparison, it was even more unlikely that the laws of statistical mechanics would ever be violated, even briefly. [1]

American physical chemist Gilbert Lewis cites Borel's Le Hasard Elements of the Theory of Probability as being the source of the typing monkeys thought experiment. [2]