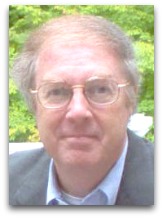 In existographies, Eric Chaisson (1946-) (CR:5) is an American astrophysicist, noted for []

Overview
In 2001, Chaisson, in his Cosmic Evolution: the Rise of Complexity in Nature, outlined a “lightly quantitative, thermodynamics-oriented treatment” of radiation, matter, and ‘life’ (powered CHNOPS+ things), using what he calls “energy flow-rate density”, in units of ergs per second per gram, as a complexity measure for phenomena of all kinds and scales. (Ѻ)

Quotes | By
The following are quotes by Chaisson:

“No demonstrably new science likely need be invented to understand cosmic evolution and its attendant rise in complexity — we prefer to return to a steadfast concept of fundamental thermodynamics and to characterize that complexity by using quantifiably straightforward terms. In short, energy and energy flow seem to be more accessible, explicit, and primary quantities, and not just because this is a worldview espoused from an admittedly physical perspective. What is more, the concept of energy remains meaningful for any macroscopic state, obviating the difficulties noted above for entropy or information. More than any other term, energy has a central role to play in each of the physical, biological, and cultural evolutionary parts of the inclusive scenario of cosmic evolution; in short, energy is a common, underlying factor like no other — a ‘DC baseline’ in physicists' lingo — in our search for unity among all material things.”