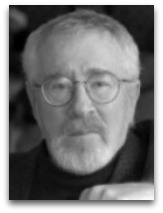 In existographies, Eric D. Schneider (c.1938-) (CR:45) is an American marine geologist and ecological thermodynamicist noted for the development of his gradient-based evolution thermodynamics theory, co-developed with Canadian ecological systems engineer James Kay, from 1992-2004, which a Prigoginean-like version of ecosystem change in which life is said to develop as a result of energy flow through the biosphere mediated by the postulated second law tendency of material systems to “degrade the gradient”. [1] Schneider argues, similar to Prigogine, that life systems are like Bénard cells, but formed due to the tendency of systems, with energy flow through them, to degrade or equilize the hot to cold energy gradient.

Although Schneider claims that most of his work was inspired by Jeffrey Wicken, see below, the above statement seems to be a combination of the ancient “nature abhors a vacuum” dictum, plus the following 1988 argument by Canadian zoologist Daniel Brooks and American systems theorist Edward Wiley, who Schneider cites (2005): [8]

Religious thermodynamics
Their latest book is the 2010 The Purpose of Life, in which they attempt to tackle god and answer many of religion's more profound questions on the basis that life’s natural purpose is defined in the context of being a function in an energy-driven cosmos, having had a certain direction in the last 3.5-billion years. [6]

See main: what is life? (theories of existence)

Between 1993 and 2005, Schneider worked as a research scientist focused on the study of the intersection of thermodynamics and life, particularly its development and causality especially in ecosystems and evolution. [3] Beginning in 1992, Schneider co-wrote a number of articles, such as “Life as a Manifestation of the Second Law of Thermodynamics” (1994), with American systems design engineer James Kay, on the thermodynamical nature of ecosystems, biology, and life. [4]

Together, during the mid 1990s, Schneider and Kay worked to develop an ecological nonequilibrium thermodynamics theory. [5] With the passing of Kay, in 2004, Schneider teamed with American science writer Dorian Sagan to finish the publication of Into the Cool: Energy Flow, Thermodynamics, and Life, originally started with Kay.

A central feature of Schneider’s theory, originally developed with Kay in the early 1990s, is an nonequilibrium extension of the second law, of the William Thomson / Ilya Prigogine energy dissipation variety, to graphical calculations of theirs done on heat flow through silicon oil in turbulent flow regime. In short, they argue that spontaneous organizations appear in the fluid, which act to degrade the heat flow gradient across a fluid layer. The define this in terms of entropy production and exergy consumption. They then extend this postulate to be a pervading regulatory behavior in the whole of the biosphere.

In their 2005 book Into the Cool, Schneider and Sagan argue, on their degrade the gradient second law hypothesis, that “sex is the way living dissipative systems propagate into the future” and that “sex maintains our form of thermodynamic disequilibrium by reproducing physiological systems much like us but newer and sometimes improved.” [5]

Education
Schneider completed his BS in geology in 1962 at University of Delaware, a MS (1965) and PhD (1969) in marine geology at Columbia University. [3]