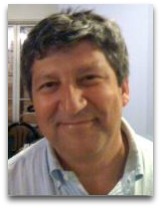 In human thermodynamics, Eric Zencey (1953-) (CR=12) (GS=52) is an American political philosopher, ecological economist, and social historian noted for his 1985 PhD dissertation “Entropy as Root Metaphor”, in which he discusses the use of entropy as a metaphor (or not), or specifically "root metaphor" in the categorical framework of Stephen Pepper (Thomas Kuhn’s advisor) such as found in the works of Henry Adams, Brooks Adams, Wilhelm Ostwald, Frederick Soddy, Jeremy Rifkin, Lawrence Henderson, Leon Brillouin, Paul Colinvaux, Sigmund Freud, Anatol Rapoport, and Nicholas Georgescu, among others.

“Biology was reconstructed on thermodynamic grounds in the 1920s through the work of A.G. Tansley, Edgar Transeau, Max Kleiber, and others who began conceiving of organisms as energy fixers or consumers and of natural systems as complex webs of energy flows and transformations, thereby developing the modern science of ecology. Alfred Lotka and Howard Odum extended the approach, pointing to the role that energy appropriation plays in evolution: individuals and species that have the largest net energy surplus can dedicated more of their life energy to reproduction, outcompeting their rivals.”

Education
In the early 1980s, Zencey read American science historian Thomas Kuhn’s Structure of Scientific Revolutions his senior year in college and was so excited by it that “he talked about it endlessly”; which is from where he likely began to engage in questions about entropy or at least energy.

In 1983, Zencey gave a talk on “Entropy as Root Metaphor” at the Conference on Science, Technology, and Literature, Long Island University, Brooklyn NY, and in 1985 made this the titled of his PhD dissertation, completed at Claremont Graduate University, which included a chapter calling for the development of a thermodynamically enlightened economics. Some of his dissertation re-appears as the second chapter “Some Brief Speculations on the Popularity of Entropy as Metaphor” in his 2000 book Virgin Forest. In this chapter, Zencey gives retrospect commentary on his dissertation, as follows: [1]

“I began collecting references to the second law, and eventually my idle curiosity became an academically enforced obsession as I made the social history of the second law the topic of my doctoral dissertation.”

Zencey currently "ecological economics", a human thermodynamics education stylized school of economic thought “rooted in the perception that economic processes are at the bottom thermodynamic processes”, as he says, at the University of Vermont (main) and as a visiting scholar (2014, spring) at Washington University, St. Louis. [3]

“The second law of thermodynamics is one of the bedrock truths that physics offers to the world.”

“Mechanism, which counts among its progenitors and partisans Democritus, Descartes, Hobbes, Locke, Berkeley, and Hume, has at its root the engineer’s model or machine, with its atomistic and manipulatable parts.”

“Frederick Soddy’s experience in the 1920s and 1930s offers a clear example of Kuhn’s dicta on the reception afforded those who are untutored in the prevailing paradigm; a Nobel laureate in chemistry, he was dismissed as a crank for his economic writings, because he presumed to take thermodynamics seriously and to argue that the practice of charging compound interest was an attempt to violate the second law.”

“It is unlikely that the generating substance hypothesis – energy or entropy discoverable in human social relations and groupings – will achieve any great precision in its application to psychological or social and political affairs in its entropist formulation. This has to do with the shortcomings of the terms and categories of entropism as they are applied in these realms: the term ‘entropy’ is used metaphorically when it is applied to any form of energy that cannot be denominated in calories, and there are insurmountable difficulties involved in discovering a quantifiable, determinate, caloric content for such terms as ‘psychic energy’, ‘cultural energy’ or the energy of a community, an institution, or an idea.”