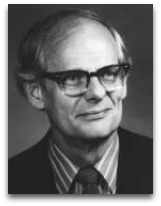 In science, Erwin Nick Hiebert (1919-2012) was a Canadian-born American science historian noted, in religious thermodynamics, for his 1966 article "The Uses and Abuses of Thermodynamics in Religion". [1] The following is oft-repeated quote from this work: [2]

“All kinds of private metaphysics and theology have grown like weeds in the garden of thermodynamics.”

Hiebert also published a shorter history of thermodynamics and religion. [3]