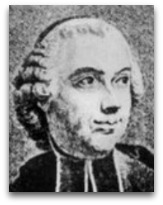 Overview
In 1749, Condillac published Treatise on Nature; a section of this was later utilize in Baron d’Holbach’s 1770 System of Nature. [1]
-
Quotes | On
The following are quotes on Condillac:

“In 1754, a work appeared in France, which, though displaying greater ability, and possessing a higher influence than that of Helvetius, did, nevertheless, point in exactly the same direction. I allude to the great metaphysical treatise [A Treatise on Sensations] by Condillac, in many respects one of the most remarkable productions of the eighteenth century; and the authority of which, during two generations, was so irresistible, that, without some acquaintance with it, we cannot possibly understand the nature of those complicated movements by which the French Revolution was brought about. in it he peremptorily asserts, that every thing we know is the result of sensation; by which he means the effect produced on us by the action of the external world.”

“The materials from which the philosophy of Condillac was originally drawn, were contained in the great work published by Locke about sixty years before this time. Locke, with some looseness of expression, and possibly with some looseness of thought, had asserted the separate existence of a power of reflection, and had maintained that by means of that power the products of sensation became available. Condillac, moved by the prevailing temper of his own time, would not hear of such a distinction. He, like most of his contemporaries, was jealous of any claim which increased the authority of the internal, and weakened that of the external.”

“The judgments which we form are, says Condillac, often ascribed to the hand of the deity; a convenient mode of reasoning, which has only arisen from the difficulty of analyzing them. By considering how our judgments actually arise, we can alone remove these obscurities. The fact is, that the attention we give to an object is nothing but the sensation which that object excites; and what we call abstract ideas are merely different ways of being attentive. Ideas being thus generated, the subsequent process is very simple. To attend to two ideas at the same time, is to compare them; so that comparison is not a result of attention, but is rather the attention itself. This at once gives us the faculty of judging, because directly we institute a comparison, we do of necessity form a judgment. Thus, too, memory is a transformed sensation ; while the imagination is nothing but memory, which, being carried to its highest possible vivacity, makes what is absent appear to be present. The impressions we receive from the external world being, therefore, not the cause of our faculties, but being the faculties themselves, the conclusion to which we are driven is inevitable.”

“Sales’ [writings] are a morass of long-winded and conventional hodgepodge of ideas. Delisle de Sales is basically a Voltairian. But in natural philosophy he often inclines to Robinet, and his idolization of nature frequently brings him alongside Rousseau. He approves of Condillac, Helvetius, and with some hesitation of d’Holbach. As a convinced theist, however, he fulminates against the atheist La Mettrie; believing firmly in the immortality of the soul, he ‘demonstrates’ it with the story of Richardson’s Clarissa, and by way of further proof with a doleful tale of his own, ‘the pathetic history of Jenny Lille’.”

Quotes | By
The following are quotes by Condillac:

“The Chaldeans and the Egyptians each had their principles; the Greeks, who inherited this absurd art from them, made some changes in it, as they did everything they borrowed from other people.”

“Instead of applying observation to the things we wished to know, we have chosen rather to imagine them. Advancing from one ill-founded supposition to another, we have at last bewildered ourselves amid a multitude of errors. These errors, becoming prejudices, are, of course, adopted as principles, and we thus be'wilder ourselves more and more. The method, too, by which we conduct our reasonings is absurd; we abuse words which we do not understand, and call this the art of reasoning. When matters have been brought this length, when errors have been thus accumulated, there is but one remedy, by which order can be restored to the faculty of thinking; this is, to forget all that we have learned, to trace back our ideas to their source, to follow the train in which they rise, and, as Lord Bacon says, to frame the human understanding anew. This remedy becomes the more difficult, in proportion as we think ourselves the more learned. Might it not be thought, that works which treat of the sciences with the utmost perspicuity, and with the greatest order and prercision, must be understood by everybody? The fact is, those who have never studied anything will understand them better than those who have studied a great deal, and especially than those who have written a great deal.”