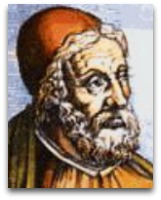 Education
In c.370BC, Eudoxus, as a youth, supposedly, travelled miles to listen to Plato lecture; then, having become un-enamored with Plato’s lack of mathematical ability, travelled to Heliopolis to learn astronomy.

Ethics
In 322BC, Aristotle, in his Nicomachean Ethics, states that Eudoxus had the following five points to say about ethics:

1. All things, rational and irrational, aim at pleasure; things aim at what they believe to be good; a good indication of what the chief good is would be the thing that most things aim at.
2. Similarly, pleasure's opposite − pain − is universally avoided, which provides additional support for the idea that pleasure is universally considered good.
3. People don't seek pleasure as a means to something else, but as an end in its own right.
4. Any other good that you can think of would be better if pleasure were added to it, and it is only by good that good can be increased.
5. Of all of the things that are good, happiness is peculiar for not being praised, which may show that it is the crowning good

Astronomy
The following, supposedly, is the geocentric model of Exodus: [4] 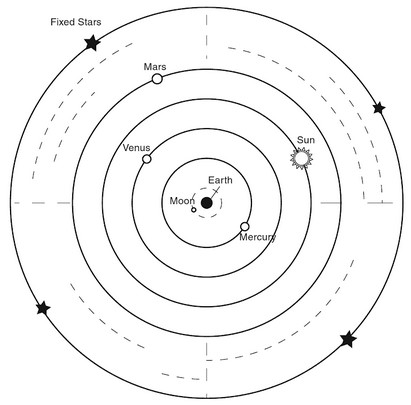 Exodus, via citations of him in Aristotle, supposedly, calculated that it takes 30 years for Saturn to complete its journey; Jupiter 12 years; Mars: 24 months (minus six days); Mercury: one year; Venus: one year. [1] He also made a sundial and, supposedly, discovered the leap year. [2]

Mathematics
He also, supposedly, developed the idea of real numbers, contributed to the theory of ratios, and invented an early form of calculus, called “method of exhaustion”. [2]

Other
Some say he taught Aristotle, and rank him second only to Archimedes in all antiquity (Calinger, 1982).

Quotes | On
The following are quotes on Eudoxus:

“Eudoxus says that the Egyptians have a mythical tradition in regard to Zeus that, because his legs were grown together, he was not able to walk, and so, for shame, tarried in the wilderness; but Isis, by severing and separating those parts of his body, provided him with means of rapid progress. This fable teaches by its legend that the mind and reason of the god, fixed amid the unseen and invisible, advanced to generation by means of motion.”

“Thales [and others] and Democritus of Abdera handed on their discoveries of the laws according to which natural events are ordered and have their effects. Relying on their discoveries Eudoxus, Aratus and others devised the method of calendars to show the rising and setting of the stars and the significance of the seasons and handed it on to their successors.”