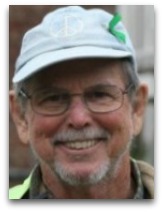 In existographies, Eugene Edward Ruyle (1936-) (CR:11) is American anthropologist noted, in sociological thermodynamics, for his 1973 to 1980s work on the subject he refers to as "ethnoenergetics" a type of thermodynamics of ethology.

Overview
In 1973 to 1977, Ruyle pioneered the science of what he termed ethnoenergetics, a precursory themed subject to human thermodynamics, arguing that labor, value, money, and capital are all forms of “ethnoenergy”, defined as “somatic energy expended by the members of a population”, that property is an “ethnoenergetic field”, and that money is “a symbol for energy, a claim on the energy of other people.” [6]

In the late 1970s, Rule began formulating a thermodynamics and or energy based sociological theory based a combination of ecological energetics in conjunction with Karl Marx's labor theory of value. [1] Ruyle defines his theory as a thermodynamic approach to social stratification. [2] Human societies, according to Ruyle, may be usefully be thought of in ecological and thermodynamic terms, as parts of larger ecosystems composed of matter, energy, and information. [4]

Ruyle, in his In his view of life, states that “all life may be viewed as a continuous expenditure of energy in the pursuit of need-satisfaction.” That “the basic need of all living forms is the continual harnessing of free energy, in the form of food … but all organisms have additional needs which they satisfy through their behavior. Life may be viewed, then, as the continuous outpouring of energy, in various forms of behavior, in pursuit of the satisfaction of the needs of the living organism.” On this logic, Ruyle outlines a theory of social “thermodynamic flows”: [5]

“The ensemble of social relations in any population may be viewed as a system of thermodynamic flows and blockages.”

Namely that need-based expenditures of energy may be either facilitated or hindered by other members of the population.

Ruyle, in comparing the older primitive commune days with the newer establishment of patriarchy and class rule, sees a cultural transformation that may be understood in thermodynamic terms. [3] Humans, according to Ruyle, are interdependent in a way that sets them off from all other primates, where as such we may speak of a "thermodynamic substratum" underlying human society. People pump energy into this substratum when they produce values; whereas they withdraw energy from it when they consume those values. [5]

Ruyle argues that it is possible to measure this energy, however rough and approximate such measurement may be. If one spends four hours digging up, cleaning, and cooking yams, for instance, there are four hours of labor energy embodied in those yams. When another person eats them, they are consuming, in addition to the caloric energy of the yams, four hours of labor energy. If someone else eats the yams, they are consuming four hours the labor energy; hence, one can speak of energy flowing from producer to consumer. The energy flows between members of a population, between groups, and between classes, are an indispensable element of human social life. In measuring and analyzing the “social thermodynamics of a human population”, Ruyle states, we are analyzing "the real foundation, on which rises a legal and political superstructure and to which correspond definite forms of social consciousness."

Education
Ruyle completed his BA in 1963 at Berkeley, his MA in 1965 at Yale, and his PhD in 1971 at Columbia University. In 1973 he was an assistant professor of anthropology at the University of Virginia.