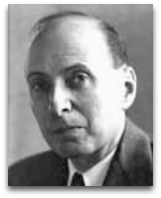 In human physics, Eugene Wigner (1902-1995) was a Hungarian-born American physicist noted for his views on the non-application of physics and quantum mechanics in explanations of life (animate matter) (powered chnops matter).

Overview
In 1961, Wigner, in his essay “The Probability of the Existence of a Self-Reproducing Unit”, wherein purported to prove that a physical system can not make a transition from a nonliving state to a living state without contravening the laws of quantum physics, arguing to the effect, according to Paul Davies, that ‘something funny must have gone on when life started.’

In 1971, Wigner, in his Foundations of Quantum Mechanics, expressed his opinion that quantum mechanics is not applicable to humans, owing to their consciousness: [2]

“The state of a ‘friend’ is a linear combination of several states, indicating different contents of his mind, seems very unnatural. This leads me to the opinion that quantum mechanics, in its present form, is not applicable to living systems, whose consciousness is a decisive characteristic.”

This is an earlier statement in human quantum mechanics.

In 1976, American physical organic chemist George Scott exchanged letters with Wigner on the subject of quantum mechanics and consciousness. [3]

Davies
In the mid 1960s, Paul Davies, as an undergraduate physics student, read English astronomer Fred Hoyle’s 1957 science fiction novel The Black Cloud, in which a large cloud of gas from interstellar space arrived in the solar system, which was said to be ‘alive’ (see: nebular hypothesis). Davies was intrigued by this idea, in his own retrospect words: [4]

Hoyle’s living cloud left Davies ‘baffled and vaguely disturbed’, leaving him questioning the ‘what exactly is life question’ and ‘when did it start?’ issue. Next, Davies’ PhD advisor (Michael Seaton or Sigurd Zienau) then gave him a copy of Wigner’s 1961 essay “The Probability of the Existence of a Self-Reproducing Unit” which purported to prove that a physical system can not make a transition from a nonliving state to a living state without contravening the laws of quantum physics, arguing to the effect, according to Davies, that ‘something funny must have gone on when life started.’ [5]

“I have known a great many intelligent people in my life. I knew Planck, von Laue and Heisenberg. Paul Dirac was my brother in law; Leo Szilard and Edward Teller have been among my closest friends; and Albert Einstein was a good friend, too. But none of them had a mind as quick and acute as Jansci [John] von Neumann. I have often remarked this in the presence of those men and no one ever disputed. But Einstein's understanding was deeper even than von Neumann's. His mind was both more penetrating and more original than von Neumann's. And that is a very remarkable statement. Einstein took an extraordinary pleasure in invention. Two of his greatest inventions are the special and general theories of relativity; and for all of Jansci's brilliance, he never produced anything as original.”