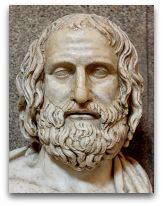 Bios | Life
The prefix bio-, supposedly, meaning “life” in Greek, according to Georg Misch (1950), originated in one of the works of Euripides. [1] 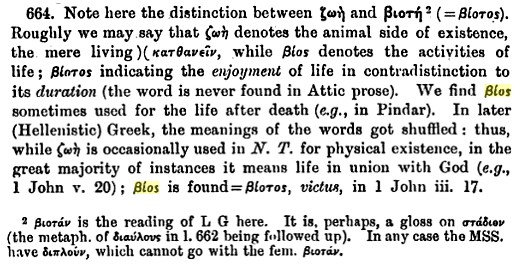 Here we see the etymology of "bio" intertwined with theology (i.e. meaning "union with god") and afterlife ideas (e.g. meaning "life after death"), among other issues.

“It was a wise man that invented god.”

“A man’s most valuable trait is a judicious sense of what not to believe.”

“The good and bad cannot be kept apart; but there is some commingling, which is well.”

— Euripides (c.420BC), Source; cited by Plutarch (100AD) in his Moralia as an early variant of the good and evil commingling principle