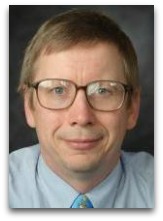 In existographies, Evguenii Kozliak (c.1961-) (SNE:18) (CR:7) is a Russian-born American physical chemist noted, in human thermodynamics, for 2002 “Energy and Money, Chemical Bonding as Business, and Negative ΔH and ΔG as Investment”, wherein, citing the earlier cash flow as heat flow models of American chemist Charles Wynn (1994), he attempts to correlated people to molecules, enthalpy to money, entropy to internal investment, and free energy to profit.

Overview
In 2002, Kozliak, in his “Energy and Money, Chemical Bonding as Business, and Negative ΔH and ΔG as Investment”, building on the work of Charles Wynn (1997), outlined a type of human thermodynamics education style of teaching, defining people as human atoms or human molecules and applies chemical thermodynamics, namely the Gibbs equation, to business (see: business thermodynamics), specifically as a way to facilitate the teaching of physical chemistry; possibly also outlining some variant of a human chemical bond theory. Kozliak abstracts his interesting article as follows: [1]

“A simple analogy is suggested illustrating the thermodynamic sign convention and the significance of the negative sign of ΔH and ΔG on spontaneity for general or introductory chemistry students. Enthalpy or energy is associated with money, and atoms or molecules are referred to as people. The suggested metaphor for ΔH is net profit or investment into the surroundings; positive ΔS is viewed as internal investment into the system. Hence, ΔG is similar to gross profit in business; its dependence on temperature is illustrated by the reversal of the market trends for high-tech companies in 2000. The analogy is further expanded to illustrate the significance of ionic lattice enthalpy, the positive sign of atomic ionization energies, and chemical bond enthalpies.”

The one salient deficit in this teaching method is the conditional note that this is a “simple analogy” or neat metaphor, which leaves the student ambiguous as to what is in the realm of fact and what is not. Of note, the mention of “atoms or molecules referred to as people”, as of the third millennium, is no longer an analogy, because the stoichiometric approach now “considers whole organisms as single abstract molecules”, each with a measureable and characteristic molecular formula, in particular being that the human molecular formula has been calculated three independent times within the last decade (Ecological Stoichiometry, 2002; New Scientist, 2005; Human Chemistry, 2007), and that the “human as molecule” point-of-view is no longer analogy nor metaphor but a measureable reality, albeit a debatable one (see: HMS pioneers).

Wynn’s analogies
Kozliak, to note, was led into his analogy via the previous 1994 article “Heat Flow vs Cash Flow: A Banking Analogy” by American chemist Charles Wynn, whose abstract is as follows: [6]

“An analogy is drawn between the withdrawal of money from an automated teller machine (ATM) and an exothermic chemical reaction. In the analogy the amount in an individual’s account is regarded as the system and the money withdrawn is regarded as part of the surroundings. Diagrams are used to present the analogy. An analogy can be drawn also between a deposit into an account and an endothermic chemical reaction.”

Here we see the money as energy model being used, which is common (tracing back to at least the 1911-1926 work of Frederick Soddy), but also see the interesting usage of the exothermic/endothermic distinction, which may give way, in students minds, to the rather intricate notion of human chemical reaction theory.

Nordholm's analogies
An alternative abstract, entitled “Chemical Bonding as Business and Electrons as Humans: Two Metaphoric Illustrative Models”, by the American Chemical Society, highlighting in that Kozliak also compares people to electrons (using the human electron or free electron model) is as follows: [2]

“Two novel metaphoric illustrative models (systems of analogies, metaphors, and illustrations) are suggested designed to ‘animate’ the first-semester general/introductory chemistry lecture. The first model views energy as money, chemical bonding as business, and the change of free energy as investment. The second model …”

Here, by use of the accentuated brackets around the term ‘animate’, we are reminded of the similar 1997 JCE article “In Defense of Thermodynamics: an Animate Analogy”, by Swedish physical chemist Sture Nordholm, wherein he introduces the subject the subject name "animate thermodynamics" as the thermodynamics of human behavior, and argues that thermodynamic formulation can be applied to explain human behavior, on the logic that the basic elements of the description of atoms, molecules, and matter can be "scaled up" to the realm of living organisms without changes other than in complexity of the systems and their behavior; equates energy to wealth, kinetic energy to cash, potential energy to property, and entropy to freedom; states that nature's goal is to minimize the free energy of the subsystem; and ends with the assignment of eight example homework problems (with clues). [3] The difference between the two teaching methods: Kozliak (pure analogy) vs. Nordholm (scalable results), might well highlight the cultural embeddedness or rather religiously-constrained conservativeness of each college (see: belief in existence of god), namely Sweden (open) as compared to America (conservative): [4]

which is why, in short, Nordholm can state as a matter of fact that humans are molecules and that chemical thermodynamics scales up to the human level, whereas Kozliak is forced to maintain that his models is only metaphor or analogy introduced for lively teaching purposes.

Entropy
In general chemistry, Evguenii also has interest in the teaching of entropy, and in 2005 co-wrote an “energy dispersal” model of entropy with American organic chemist Frank Lambert, in an effort to discourage the dominate order-disorder view of entropy. [5]