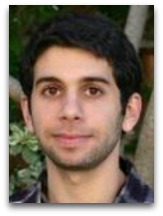 In hmolscience, Ferris Jabr (c.1986-) is an American science journalist noted for his 2013 arrival of the defunct theory of life position, as outlined in his Scientific American blog article “Why Life Does Not Really Exist” (see: life does not exist), wherein he explains how he recently came to the conclusion, after musing on the comparison between his cat and a K'Nex roller-coaster, each conceptualized as but two different types of animate machines, that "life does not actually exist", but rather is an "invented concept" rooted in anthropomorphism; the sharpest section of his argument being the following: [1]

“Why is defining life so frustratingly difficult? Why have scientists and philosophers failed for centuries to find a specific physical property or set of properties that clearly separates the living from the inanimate? Because such a property does not exist. Life is a concept that we invented. On the most fundamental level, all matter that exists is an arrangement of atoms and their constituent particles. These arrangements fall onto an immense spectrum of complexity, from a single hydrogen atom to something as intricate as a brain. In trying to define life, we have drawn a line at an arbitrary level of complexity and declared that everything above that border is alive and everything below it is not. In truth, this division does not exist outside the mind. There is no threshold at which a collection of atoms suddenly becomes alive, no categorical distinction between the living and inanimate, no Frankensteinian spark. We have failed to define life because there was never anything to define in the first place.”

Here we see fairly sharp discernment. The above "such a property does not exist", to note, brings to the mid-20th century life principle attempts, and the mention of Frankenstein brings to mind the Mary Shelley, Alessandro Volta, Luigi Galvani, and laboratory produced life debates of the 19th century.

Descartes | La Mattrie
Jabr's "cat = animate machine" reasoning is in the neighborhood of how Julien la Mettrie in 1748 published his The Human Machine, after becoming impressed by the androids and automatons of French inventor Jacques Vaucanson, and is also similar to how Rene Descartes, a century before did similar conceptual "human vs automaton" (see: Cartesian automaton) difference battle; therein developing his famous Cartesian dualism (which la Mettrie ridiculed).

Thims
Jabr's "there is no threshold at which a collection of atoms suddenly becomes alive" is strikingly similar to the same conclusion independently arrived at in 2009 by American electrochemical engineer Libb Thims and his atoms "suddenly come alive" objections to Russian physical chemist Georgi Gladyshev and his untenable view that "thermodynamics mandates life". [4] Jabr's "life is a concept that we invented" is parallel to Thims' view that life is a concept invented primarily by the Egyptians, prior to the first dynasty (3100BC), modeled on the conceptualization that the sun is "born" each day, i.e. comes "alive", then dies each night, only to be reborn daily and yearly; the logic of which, for 72 percent of people on the planet, is the basis of religious belief passed along through the generations over the last 5,000-years (see: religio-mythology transcription and syncretism).

See main: Life does not exist

Jabr, in his blog article “Why Life Does Not Really Exist”, begins his argument as follows:

“Recently, however, I had an epiphany that has forced me to rethink why I love living things so much and reexamine what life is, really. For as long as people have studied life they have struggled to define it. Even today, scientists have no satisfactory or universally accepted definition of life. While pondering this problem, I remembered my brother’s devotion to K’Nex roller coasters and my curiosity about the family cat.

Why do we think of the former as inanimate and the latter as alive? In the end, aren’t they both machines? Granted, a cat is an incredibly complex machine capable of amazing behaviors that a K’Nex set could probably never mimic. But on the most fundamental level, what is the difference between an inanimate machine and a living one? Do people, cats, plants and other creatures belong in one category and K’Nex, computers, stars and rocks in another? My conclusion: No. In fact, I decided, life does not actually exist.”

Here, to note, we see the classic rock vs. human comparison. Jabr then goes into a short historical, starting with Aristotle, and his three souls theory, Galen, on vital spirits, Georg Stahl, on vitalism, then the organic from inorganic objection (solved by Friedrich Wohler via his 1828 synthesis of urea). Then he goes into the “bloated lists” issue of how biology textbooks, nowadays, have elaborate listings of criteria that supposedly, together, define life; albeit, as Jabr points out, ones that are each disprovable by giving a counter example, e.g. if one criterion of life is “something that grows”, then pointing out that crystals grow, but are not considered alive, defuncts the criterion.

He then cites Gerald Joyce’s NASA-based exobiology germane so-called “working definition of life”, as a “self-sustained system capable of Darwinian evolution”, which he discredits with citation to the field of “digital organisms” and computer viruses. He then discusses the RNA world to DNA world hypothesis; noting that Joyce “hesitates to say that ribozymes are truly alive”. Jabr then jumps to his ripest paragraph, shown below right (also quoted above), which is compared, for the sake of curiosity, to Libb Thims' 2009 nearly equivalent stance on the same issue: [4]

Here we see the seedlings of Thomas Kuhn multiple independent arrival of view pretext to scientific evolution model. Jabr then explains how he communicated these tentative life doesn’t exist ideas to Joyce:

“I nervously explained these ideas to Joyce on the phone, anticipating that he would laugh and tell me they were absurd. After all, this is someone who helped NASA define life. But Joyce said the argument that life is a concept is ‘perfect’. He agrees that the mission to define life is, in some ways, futile. The working definition was really just a linguistic convenience. “We were trying to help NASA find extraterrestrial life,” he says. “We couldn’t use the word ‘life’ in every paragraph and not define it”.”

“What differentiates molecules of water, rocks, and silverware from cats, people and other living things is not “life,” but complexity. Scientists already have sufficient knowledge to explain why what we have dubbed organisms can in general do things that most of what we call inanimate cannot—to explain how bacteria make new copies of themselves and quickly adapt to their environment, and why rocks do not—without proclaiming that life is this and non-life that and never the twain shall meet.”

Here, in Jabr's statement that "complexity" is what differentiates water, rocks, and silverware from cats and people, is a good start, but way of target, nevertheless. The historical listing of physicochemical based definitions of a person (as listed in the "human" article) is a good place to start, as are the historical suggestions listed in the life terminology upgrade page. Jabr concludes:

“We will never find some clean dividing line between the two [living and inanimate] because the notion of life and non-life as distinct categories is just that—a notion, not a reality.”

Strandbeest | Virus debate
In 2014, Jabr, in his “Why Nothing is Truly Alive” opinion page article, elaborated on his 2013 article, via launching his discussion off a video of Dutch artist Theo Jansen’s 1990 wooden wind-propelled beach automaton mobiles, which he calls strandbeests (Ѻ), incorrectly asserts that the so-called life or non-life “virus debate” has been going on “for centuries”.

Correctly, although viruses were originally called contagium vivum fluidum or “soluble living germ”, by Dutch microbiologist Martinus Beijerinck (1898), and although there may have been some discussion of whether or not viruses “think” (Gilbert Lewis, 1925), the so-called debate about whether or not viruses are alive, did not start until 1935 when American biochemist Wendell Stanley (1904-1971) showed that viruses were particulate, existing as needlelike crystals, a finding that appeared in Science that year with the following statement: (Ѻ)

“The self-propagating crystals of mosaic virus prepared by Dr. Stanley are not alive. In his own words, ‘Tobacco-mosaic virus is regarded as an autocatalytic protein which, for the present, may be assumed to require the presence of living cells’ to grow.”

This controversial news soon made the front page of New York Times, for its sensational aspect that it was the missing link between the living and nonliving, after which the virus debate was officially launched, not centuries ago, as Jabr incorrectly asserts. [6]

Education
Jabr’s early educational queries were answered by his physicist father, which he describes as follows: [2]

“When I was younger, my father the physicist regularly entertained endless questions about how the world works, which my brothers and I flung toward him like boomerangs — we always had another question; he always had another answer (until, you know, we got to stuff like what happened before the Big Bang and why existence exists in the first place). Our house had a lot of books, too, and I took a strong liking to written language.”

Jabr, in circa 2008, completed his BS as a double major in psychology and English at Tufts University; a process he explains as follows:

“In high school, my favorite subjects were biology and English, hands down. I assumed I would pursue a career as a research biologist, but I soon realized that my mind was far more suited to learning about and explaining science, rather than designing ingenious experiments. I ended up double majoring in psychology and English in college, working in a social psych lab, writing for the student newspaper, and completing a couple science media internships at Psychology Today magazine and the PBS show NOVA.”

Jabr then went on to complete his MA in science, health, and environmental reporting at New York University, graduating in circa 2011, after which then worked as a staff editor at Scientific American, and now is a freelance science journalist. [3]

Quotes
The following are noted quotes by Jabr:

“Why so much ambivalence? Why is it so difficult for scientists to cleanly separate the living and nonliving and make a final decision about ambiguously animate viruses? Because they have been trying to define something that never existed in the first place. Here is my conclusion: Life is a concept, not a reality. Not only is defining life futile, but it is also unnecessary to understanding how living things work. All observable matter is, at its most fundamental level, an arrangement of atoms and their constituent particles. These associations range in complexity from something as simple as, say, a single molecule of water to something as astonishingly intricate as an ant colony. All the proposed features of life — metabolism, reproduction, evolution — are in fact processes that appear at many different regions of this great spectrum of matter. There is no precise threshold.”