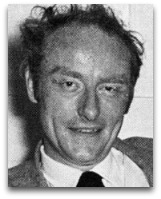 Overview
In 1953, Crick, together with James Watson, discovered the molecular structure of the DNA molecule; in 1966, Crick, in his Of Molecules and Men, put forward the cogent and reasoned suggestion: [1]

“Let us abandon the word ‘alive’.”

This sharp statement is a lead into the modern subject of "life terminology upgrades", which has been formerly initiated as standard practice in 2013 Journal of Human Thermodynamics articles. Crick, in short, delves into the blurry intersection between chemistry and biology (chnopsology), topics such as: vitalism / neo-vitalism (e.g. Walter Elsasser), reductionism, and what he calls the “borderline between the living and the nonliving”, the latter of which seems to tiptoe around the defunct theory of life / unbridgeable gap issue. [1]

Vitalism
In circa 1963, Crick gave a lecture to the Cambridge Humanists group on the topic of vitalism. In February and March of 1966, Crick gave a series of lectures at the University of Washington under the title “Is Vitalism Dead?”, which seem to have been a reaction to the so-called metaphysical vitalism of Pierre Teilhard and the scientific vitalism of Michael Polanyi, the latter of which Crick takes the most issue with: [1]

“Polanyi believes that a steam engine—and hence an enzyme molecule (which can be thought of as a machine at the molecular level)—cannot be totally described in terms of physics and chemistry.”

Crick states that Polanyi’s position “seems to be ridiculous”. The Board of Regents of the University of Washington allowed Crick to enlarge his vitalism thoughts into the form of the book Of Molecules and Men. [1]

In 1966, at the University of Washington, Crick gave his “Of Molecules and Men” set of three lectures—turned-book: in the first lecture discussing modern vitalism, in the second discussing the borderline between the organic and inorganic, and in the final lecture “The Prospect Before Us” he explorations into right-side vs. left-side uses of the brain, controversies surrounding the existence of the soul, the dead end of ESP investigations, and above all the challenges of explaining consciousness in completely scientific terms.

After suggesting that it would become possible for people to wonder if a computer might be programmed so as to have a soul, he wondered: at what point during evolution did the first organism have a soul? At what moment does a baby get a soul? Crick stated his view that the idea of a non-material soul that could enter a body and then persist after death is just that, an imagined idea. These deep queries bring to mind the early 19th century queries on the same subject by Napoleon Bonaparte.

The latter partial speculations on the soul and consciousness resulted in the 1994 book The Astonishing Hypothesis: the Scientific Search for the Soul, wherein he argued that traditional conceptualizations of the soul as a non-material being must be replaced by a materialistic understanding of how the brain produces mind. [2]

Life Itself
In 1981, Crick, in his Life Itself: its Origin and Nature, referred to the origin of life as a “happy accident”, and discusses how we will never be able to find "molecular fossils" to corroborate the time he seems to conceptualize as the origin of life. [8] The following is a popular quote from this work cited by the creationists, such as Lee Strobel (2004) and by the chemistry portal (Ѻ) section of the CreationWiki: [9]

“An honest man, armed with all the knowledge available to us now, could only state that, in some sense, the origin of life appears at the moment to be almost a miracle, so many are the conditions which would have had to have been satisfied to get it going.”

Humanism | Atheism
Crick transformed, deconversionly-speaking, from being a paternally-introduced "nonconformist Protestant" youth to an age 12 "skeptic and agnostic with a strong inclination toward atheism", to a later anti-vitalism defender (1966).

Crick, together with his brother, when they were old enough, began to go to a nonconformist Protestant church. His first puzzlement about religious doctrine occurred when his mother warned him not to mention, to the other church members, the fact that their father sometimes played tennis on Sundays, since some of the congregation members would “almost certainly not approve of such sinful conduct” as his mother told him.

In 1928, at the age of 12, or thereabouts, while transitioning into science studies, Crick lost his religious faith, which he recounts in 1990 as follows: [4]

“At exactly which point I lost my early religious faith I am not clear, but I suspect I was then about twelve years old. It was almost certainly before the actual onset of puberty. I remember telling my mother that I no longer wished to go to church, and she was visibly upset by this. I imagine that my growing interest in science and the rather lowly intellectual level of the preacher and his congregation motivated me, though I doubt if It would have made much difference if I had known of other more sophisticated Christian beliefs. Whatever the reason, from then on I was a skeptic, an agnostic with a strong inclination toward atheism.”

This would seem to categorize him as Dawkins number 6.

In the 1960s, following what seems to be his vitalism debates, Crick elaborated on his religious views as follows

“The simple fables of the religious of the world have come to seem like tales told to children.”

“Christianity may be OK between consenting adults in private but should not be taught to young children.”

In 1995, Crick, at the reaction extent (age) of 78, published his The Astonishing Hypothesis: The Scientific Search For The Soul (1995), wherein he opens to the header quote Q&A: "What is the soul?", shown adjacent, which he footnotes as follows: [4]

“As a small child my wife, Odilie, was taught the catechism by an elderly Irish lady who pronounced ‘being’ as ‘be-in’. Odilie heard this as ‘bean’. She was extremely puzzled by the idea of the soul as a living bean without a body but kept her worries to herself.”

DNA
On 28 Feb 1953, Crick, together with James Watson, discovered the double helix structure of DNA; the diagrammatic development of this as follows:

Crick explained and diagrammed, above (second from left), his excitement about his discovery to his son as follows:

“We have built a model for the structure of de-oxy-ribose-nucleic-acid (read it carefully) called D.N.A. You may remember that the genes of the chromosomes – which carry the hereditary factors – are made up of protein and D.N.A. Our structure is very beautiful. Now we believe that the D.N.A. is a code. That is, the order of the bases (the letters) makes one gene different from another gene (just as one page of print is different from another). In other words we think we have found the basic copying mechanism by which life comes from life.”


On 25 Apr 1953, Crick and Watson famously published their findings in Nature.

The discovery of the structure of DNA won them the 1962 Nobel Prize in physiology or medicine.

In 2013, Crick’s DNA discovery letter to son, partly quoted above, was sold at Christie’s action, New York for $6 million dollars, a world record price for a letter sold at a public auction. (Ѻ)

Quotes | Atheism
The following are noted Crick quotes on religion and atheism:

“If revealed religions have revealed anything it is that they are usually wrong.”

“A knowledge of the true age of the earth and of the fossil record makes it impossible for any balanced intellect to believe in the literal truth of every part of the Bible in the way that fundamentalists do. And if some of the Bible is manifestly wrong, why should any of the rest of it be accepted automatically?”

Quotes | Vitalism
The following are noted Crick quotes on vitalism:

“The ultimate aim of the modern movement in biology is to explain all biology in terms of physics and chemistry.”

“A ‘neovitalist’ is a man who believes in vitalist ideas while denying that he does so!.”

“Neo-vitalists [are those] who hold vitalistic ideas but do not want to be called a vitalist.”

“Exact knowledge is the enemy of vitalism.”