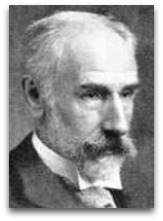 In existographies, Francis Edgeworth (1845-1926) (IQ:180|#175) (GEcE:#) (SN:40|58+) (CR:41) was Irish mathematical economist noted, in human physics, for his 1881 Mathematical Psychics: an Essay on the Application of Mathematics to the Moral Sciences, in the first part of which he attempts to meld utilitarianism (principle of maximal happiness) with the Lagrangian-Hamiltonian description of the energy of a system (principle of maximum energy), along the way citing and discussing the ideas of thinkers, including: Henry Sidgwick (1838-1900), and his ethical hedonism theory, Jeremy Bentham, Stanley Jevons, among others, all done in aims to outline or make a calculus, i.e. minima or maxima calculation, based model of the humanities, or what he calls “utilitarian calculus”.

Catallatic molecules | Neuter atoms
Edgeworth, in his Mathematical Psychics (pgs. 30-31), mentions the science of catallactics (Ѻ), or the “science of exchanges”, as Richard Whately (1831) defines it, being the proper name for political economy (Ѻ), then states the following rather peculiar passage:

“The catallactic molecule is compounded, when we suppose the Xs and Ys dealing in respect each of several articles with several sets of Zs, As, Bs, etc.; a case solved by Walras.”

This blurry passage would seem to imply that the people (Xs and Ys) bound into an exchange market, buying and selling commodities (Zs, As, Bs, etc.) would constitute some type of economic molecule bound via the exchange forces of buying and selling, or something along these lines?

This, according to William Henderson (2006), is some type of hydrodynamic analogy, being that Edgeworth goes on in latter passages (pgs. 40 and 48, which refer by to hydrodynamics, pg. 5) to speak of “neuter atoms”, and “jumbles of catallactic molecules”, etc. (Ѻ)

End and means
Edgeworth, in his introduction, gives the following overview, which seems to be the gist argument of his theory: [1]

“The central concept of utilitarian calculus is greatest happiness, the greatest possible sum-total of pleasure summed through all tie and over all sentience [in which] mathematical reasoning are employed partly to confirm Sidgwick’s proof that greatest happiness is the end of right action; partly to deduce middle axioms, means conducive to that end.”

Here, firstly, we see the Achilles’ heel—or deadly weakness in spite of overall strength, which can actually or potentially lead to downfall—in Edgeworth's argument, namely the assumption that there is difference between so-called "right" and "wrong" action, and that that right action is that which leads to total sentient being happiness; which, again, leads to further weakness in theory, namely were is the boundary of total sentient being existence "summed over time", as Edgeworth puts it?

Secondly, we are reminded of Aldous Huxley’s 1937 Ends and Means: an Inquiry into the Nature of Ideals, who addresses the so-called happiness issue in rather frank terms as follows:

“The moral argument for theism may be very briefly summed up as follows. Moral action aims at the realization of the highest good. The highest good cannot be realized except where there is a virtuous rational will in persons and a world in which this virtuous rational will is not thwarted—a world where virtue is united with happiness. But it is a matter of brute empirical fact that, in the world of phenomena, the most virtuous are not necessarily the happiest and that the rational will is not always that which gets itself done. It follows therefore that the union of virtue and happiness, without which the highest good cannot be realized, must be effected by some power external to ourselves, a power which so arranges things that, whatever partial and temporary appearance may be, the total world order is moral and demonstrates the union of virtue with happiness. Those who oppose this argument do so, first, on the ground that it is merely a piece of ‘wishful thinking’, and, second, that words like ‘virtue’, the ‘good’ and all the rest have no definite meaning, but change from one community to another.”

Huxley, goes on to arrive, after citing Benedict Spinoza’s views on happiness, at alternative conclusions, namely a meaninglessness philosophy. [8]

Sentients
Edgeworth then states that this summation applies to all “sentients”, supposedly defined as entities responsive to or conscious of sense impressions, aware, and or finely sensitive in perception or feeling, and “classes of sentients”, i.e. sentients grouped or classified by their level of ability to experience more or less pleasure, e.g. imagination or sympathy, and less pain, e.g. fatigue, than others. While this side steps the life/non-life divide issue, which is imaginary, according to the defunct theory of life, we are still left with the sentient/non-sentient divide, which has issues of its own. Edgeworth, to note, also clarifies the above with the following:

“There is no presumption that equality of circumstances is the most felicific arrangement; especially when account is taken of the interests of posterity.”

Namely, the note that equality will not always lead to the greatest happiness; a realization certainly felt in the Marxism-based varieties of society and government attempted in Russia, from 1917 rise of Vladimir Lenin, and the implementation of a theoretical Marxism based government, resulting in the infamous bread lines, to the collapse of the 1980s collapse of the Soviet union. (Ѻ)

“'Mecanique sociale' may one day take her place along with 'mecanique celeste,' throned each upon the double-sided height of one maximum principle [principles of Lagrange], the supreme pinnacle of moral as of physical science. As the movements of each particle, constrained or loose, in a material cosmos are continually subordinated to one maximum sum-total of accumulated energy, so the movements of each soul, whether selfishly isolated or linked sympathetically, may continually be realising the maximum energy of pleasure. Mecanique sociale, in comparison with her elder sister, is less attractive to the vulgar worshipper in that she is discernible by the eye of faith alone. The statuesque beauty of the one is manifest; but the fairylike features of the other and her fluent form are veiled. But mathematics has long walked by the evidence of things not seen in the world of atoms (the methods whereof, it may incidentally be remarked, statistical and rough, may illustrate the possibility of social mathematics). The invisible energy of electricity is grasped by the marvellous methods of Lagrange; the invisible energy of pleasure may admit of a similar handling.”

The concept of pleasure, according to Edgeworth, as summarized by English chemical physicist Philip Ball (2004), was the force that his hedonistic ‘charioteers’, the individual agents of society who interact like so many atoms in the void, according to which the view the glimpsed whereby economies treat people like “multiety of atoms which constitute the foundations and uniformity of physics.” [2]

Edgeworth argues that mathematical psychics, or rather ‘psychological mathematics’ (or mathematical psychology) in a modern sense, can be divided into pure and applied, wherein he attempts formulation on concepts such as a quantity of pleasure, principles of maximum energy, and a calculus of feeling, among others. Edgeworth cites William Thomson and Peter Tait’s Treatise on Natural Philosophy, which seems to be the backbone of the book. In a mention of the second law of thermodynamics, he cites James Maxwell’s Theory of Heat.

In 1915, Edgeworth, in his “Recent Contributions to Mathematical Economics”, discussed the economic views of Henri Poincare as being in alignment with Vilfredo Pareto. [7]

“Edgeworth’s simplification was this assumption: every man is a pleasure machine. Jeremy Bentham had originated the conception in the early nineteenth century under the beguiling title of Felicific Calculus, a philosophical view of humanity as so many living profit-and-loss calculators, each busily arranging his life to maximize the pleasure of his psychic adding machine. To this general philosophy Edgeworth now added the precision of mathematics.”

“Edgeworth represents the highest point of classical physics influence to the development of mainstream economic methodology. Edgeworth’s close parallelism between celestial and social mechanics expressed in his analogies between utility and energy and the principle of utility maximization to maximum energy, are important indications of the physics scientific ideal for economics.”

Soul
Edgeworth had the following to say on the concept of the soul: [4]

“The application of mathematics to the world of the soul is countenanced by the hypothesis that pleasure is the concomitant of energy. Energy may be regarded as the central idea of mathematical physics; maximum energy the object of principal investigations in that science. By aid of this conception we reduce into scientific order physical phenomena, the complexity of which may be compared with the complexity which appears so formidable in social science.”

Education
Edgeworth is said to have had a photographic memory and could repeat numerous passages from Milton, Pope, Virgil, and Homer in his old age. He knew Greek, Latin, German, Italian, and Spanish. Edgeworth, supposedly, owned very little books, preferring to do his reading at the public library. [6]

Edgeworth studied ancient and modern languages at Trinity College, Dublin and Balliol College, Oxford. In 1869, about to graduate from Oxford, in response to an obscure question during his finals, he is reported to have said “shall I answer briefly, or at length?”, and then spoke for half an hour. [6]

Following college, described as a ‘voracious autodidact’, he taught himself mathematics and economics. In 1877, he completed a law degree in London. In the 1888, he became the chair of economics at King’s College London and in 1891 professor of political economy at Oxford University.

Quotes
The following are other noted Edgeworth quotes:

“The energy generated by pleasure force is the physical concomitant and measure of the conscious feeling of delight.”