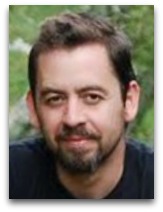 In hmolscience, Francisco Tellez (c.1980-) is a Chilean psychologist noted, in human thermodynamics, for his 2003 theory of irreversible sexual reactions.

Overview
In 2003 article “Transorgasmic Sexuality”, in which he outlined a loose thermodynamics-metaphor based model of a type of sex or sexual practice that results to be a transcendent or transmutation type of “reversible expansion”, where sexual energy is conserved, rather than being quickly dissipated (as in "irreversible expansion"), in the process of lovemaking. [1] In his own words: [2]

“I compare transorgasmic sex to the activity of a nuclear reactor, which performs many mini-reactions leading to an extended, and emotionally more exquisite, pleasure … instead of [conversely] reaching climax all at once in [a] irreversible way.”

The model is meant to be an alternative to the standard four-stage Masters and Johnson model: excitement, plateau, orgasm, and resolution. Tellez’ theory is based, in part, on a modification of the psychodynamics works and theories, e.g. psychological energy, libido, ego, repression, etc., of Sigmund Freud, Carl Jung, and Wilhelm Reich. [3]