In existographies, Franciscus Linus (1595-1675) (CR:3), aka Francis Line, was Jesuit priest and scientist, and committed Aristotelian, noted for []

Overview
In 1661, Linus, in his Treatise on Inseparatable Bodies, being a plenist, attacked the vacuum work of Robert Boyle, attempting to situate his “funicular hypothesis” to explain the vacuum, which argued that there was a “funiculus” or some type of internal threads in air that held the water or mercury up in the Torricellian space of the Torricelli vacuum. The evidence he gave for this was that if one inverts a full tube of mercury, with their finger capped on the top, like in B shown below, and than lifts up their finger, there will be a "suction" in the Torricellian space, meaning that there had to be some air threads strings or "funiiculus" connecting the finger to the top of the mercury: [1] 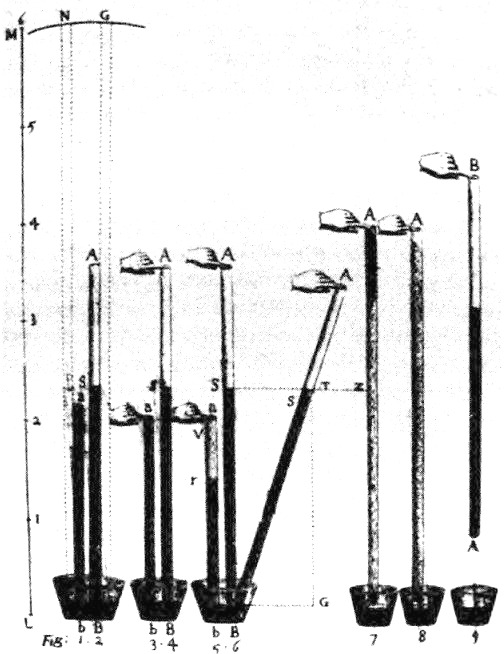