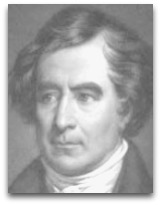 Overview
In 1811 to 1816, Arago's name, in the history of classical electrodynamics, is predominate three times. [3]

Arago studied the phenomenon of magnetic rotation and the fact that a wire coil could be magnetized by passing electrical current through it; discovered, along with, along with Augustin Fresnel, the principles governing the polarization of light and established the theory of light as a wave; studied the velocity of sound, and made it possible to invent the polariscope. Began the studies of the velocity of light which lead to discoveries by Leon Foucault. (Ѻ)

Steam engine
In 1829, Arago published some type of hackneyed article, in the Directory of the Bureau of Longitudes (Annuaire du Bureau des Longitudes), which attempted to outline the early history of the steam engine; the following is an English translation of the preface of his article: [1]

“The steam engine has rendered such important services to industry and navigation, that we cannot be astonished at the eagerness with which various nations have disputed the honour of the invention. Yet it will not be heard without surprise, that in England alone one hundred thousand copies of the works in which this historical question is discussed, have been sold within a very few years. Such striking success is due, I doubt not, principally to the lively interest which the steam engine must naturally excite in a country where it is met with at every step; but may we not suppose that self-love has had some share in producing this effect? Ask the member of the House of Lords, and the most simple artisan; the merchant whose speculations have led him into every region of the world, and the farmer who has never passed the borders of his own county; traverse the manufactories of Birmingham, Manchester, and Glasgow, and the humblest workroom of a cottage; every where you will hear that the first inventor of the steam engine was the Marquis of Worcester [1602-1667] (Ѻ)(Ѻ). Everywhere this name will be cited, and it will be followed by those of Savery, of Newcomen, of Beighton, of Watt, of Hornblower, of Woolfe, &c. &c. Literary men, and those who cultivate the sciences, have, in general, opinions no less decided.

If you open the recent Encyclopædia of Dr. Rees, you will find this passage; “the steam engine follows next to the ship in the order of inventions, but in an English Encyclopædia it will take the lead, from the circumstance of its being wholly invented and brought into general use by our own countrymen.” And then, as if this were not sufficiently clear; ‘the steam engine has been invented by a small number of individuals, all of them Englishmen.” - “The celebrated professor John Robison, of Edinburgh, is quite as positive. He says, “the steam engine was, beyond all doubt, first invented by the Marquis of Worcester, in the reign of Charles the Second.” Then, after having refuted by arguments, which I will examine, the pretensions of those French authors who affect to mix up the name of Papin with the history of the steam engine, Robison declares, “that he does not hesitate in giving the honour of the first and complete invention to the Marquis of Worcester.” A philosopher, not less illustrious for the profoundness of his knowledge, than for the vastness of his erudition, Dr. Thomas Young, has joined his imposing testimony to those I have quoted. According to him, the Marquis of Worcester is the first inventor of the steam engine, the first who has used the of vapour as a prime mover. In the rapid view which he takes of the ameliorations which this machine has successively undergone, no names appear but those of Englishmen. I could also cite the able professor of Mechanics at the Royal Institution, Mr. Millington; a distinguished member of the new University of London, Dr. Lardner; the author of an esteemed Treatise on Mechanics, Mr. Nicholson, &c. &c. “Decisions so numerous, so positive, the just reputation of the works from which I have quoted them, would seem to exclude the shadow of a doubt. When, therefore, at the desire of the pupils of the Polytechnic School, I attempted, some years since, to trace the chronological series of ‘improvements in the steam engine, from its origin till our own time, I expected, I say it without equivocation, to have only English mechanics to cite. This was, however, a mistake. Our neighbours on the other side of the channel are not the sole, neither are they the first, inventors of the steam engine.”

The concluding point of Arago’s article was his assertion, albeit falsely reasoned, that the true inventor of the steam engine was Salomon de Caus.

Arago, whatever the case, in the decade to follow, was being cited as a reference to this Salomon de Caus false attribution. [2]

Quotes | By
The following are quotes by Arago:

“Such is the privilege of genius; it perceives, it seizes relations where vulgar eyes see only isolated facts.”