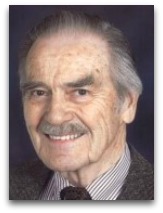 In existographies, Frank Lambert (1918-2018) (CR:45) was an American organic chemist, noted for his 1969 publications on the thermodynamics of evil and for his 1990s to 2000s efforts to get college chemistry textbooks to stop describing entropy as disorder and to instead describe it as dispersion.

Thermodynamics of evil
In 1969, Lambert proposed a way of looking at evil in terms of thermodynamics. According to author George Miller, Lambert defines two aspects of thermodynamic evil. One involves evil as an unwarranted disruption of an individual’s dynamic pattern in life and thought—a randomization, or disorder, of one’s patterns. [2] The second aspect of evil is the opposite. It is a crystallizing or subhuman ordering, of life, like the Nazi tyranny of putting people in concentration camps. This latter type being representative of excessive order. [4]

In the late 20th century, Lambert taught a course on entropy to non-science students for a number of years at Occidental College, California; in retrospect, commenting that he has never understood entropy. Lambert has stated that, although he has never read any of the works of German physicist Rudolf Clausius, he was inspired to re-educate the chemistry departments of the United States, on the new view of entropy as a function of energy dispersion or the spreading out of energy, after reading of the 1874 Maxwell-demon themed article “Kinetic Theory of the Dissipation of Energy” by William Thomson. [3]

In the 1990s and 2000s, Lambert, via the Internet, worked to get the word “disorder”, as a description of entropy, removed from chemistry textbooks and replaced with the word “energy dispersal” or the view that entropy increase equates to the "spreading out of energy". [1] In 2009, Lambert self-defines himself as someone: [6]

“Known for his successful advocacy of deleting the definition of thermodynamic entropy as 'disorder' from U.S. general chemistry texts and its replacement by viewing entropy as a measure of molecular energy dispersal.”

Curiously, through aggressive petitioning efforts, Lambert has gotten his view of entropy into 21 different textbook. The story of how Lambert came into his understanding of entropy, in the teaching of what he called a "baby thermo" class to humanities undergraduates, is quite humorous, shedding light on the lack of basic thermodynamics knowledge in the chemistry departments of the United States.
Lambert promotes his views on a number of websites, such as SecondLaw.com, 2ndLaw.com, Shakespeare2ndLaw.com, EntropySimple.com, EntropySite.com, etc., where, supposedly, he has educated millions of people to the correct view of what entropy is. As of 2007, Lambert claims to have convinced over a dozen different chemistry textbook authors to remove the word “disorder” from their chapters on entropy and thermodynamics. All-in-all, the situation of reverse education seems to exemplify a case of the blind leading the blind.

Education
Lambert completed his AB from Harvard University in 1939 in chemistry. Of note, in his senior year at Harvard, Lambert had "great difficulty" with his thermodynamics course, so much so that he was forced to change majors from physical chemistry to organic chemistry.He went on to complete a PhD in organic chemistry in 1942 at the University of Chicago, with a dissertation on “the Effect of Metallic Halides on some Grignard Reactions”, from the University of Chicago. [5]

Lambert's thermodynamics difficulty seems to have left a void of insecurity in his mind, being that sixty years later, at the age of eighty, in retirement, having unresolved issues with the disorder view of entropy, Lambert went searching for the true meaning of entropy, supposedly finding it in 2002, and thus going on to supposedly educate America and its chemistry textbook authors about what entropy really is via his numerous websites and requests to have the word disorder simply replaced by the word dispersion.