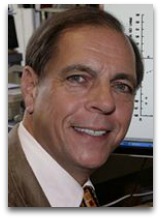 In hmolscience, Frank Sulloway (1947-) is an American psychologist and science historian noted for []

Overview
In 1979, Sulloway, in his Freud: Biologist of the Mind, devoted a section to the thermodynamics of Sigmund Freud’s psychodynamic theories, e.g. his death drive; Sulloway opens his thermodynamics discussion to the following: [1]

“Several psychoanalytic writers have not been troubled by this distinction between animate and inanimate forms of the stability principle and have sought to equate Freud’s death instinct, through Fechner’s inanimate principle of absolute stability, with the second law of thermodynamics (e.g. Alexander, 1921; Bernfeld and Feitelberg, 1930; Lichtenstein, 1935; and Saul, 1958). The second law of thermodynamics, otherwise known as the law of entropy, specifies that all forms of energy—for instance, heat—tend to dissipate within a closed system. Entropy, the measure of unavailable energy within a system, is therefore a directional and irreversible quantity reflecting the tendency of things to ‘run themselves down’. Seen in terms of this entropy principle, Freud’s death instinct has become considerably more palatable to certain psychoanalysts by virtue of a respectable alliance with the physical sciences.”

Sulloway then, while discussing the works of Franz Alexander (1921), Siegfried Bernfeld and Sergei Feitelberg (1930), Heinz Lichtenstein (1935), and Leon Saul (1958), goes on to discuss the upsides and downsides of this logic.

“Psychology, too, felt the impulse of thermodynamic ideas, which lurk behind such concepts as libidinal energy, affect charge, and arguably, the death instinct. The lines of debate between those who do and those who do not find the second law behind Freud’s death instinct are admirably drawn by Frank Sulloway (Freud: Biologist of the Mind, 1979).”

Religiosity studies
Sulloway, in existence of god studies, is also noted for his religiosity study done with Michael Shermer, involving a large survey of randomly chosen Americans, which found that religious belief is negatively correlated with education, with interest in science, and with political liberalism. [3] Richard Dawkins comments that this study is similar to one done by sociologists which found that only one in twelve break away from their parent’s religious beliefs. [4]

Education
Sulloway completed his AB (1969) in history and science and his AM (1971) and PhD (1978) in the history of science all at Harvard University. Currently, Sulloway is an adjunct professor in the department of psychology at the University of California, Berkeley.