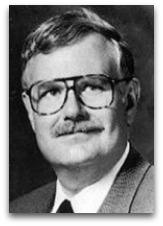 In hmolscience, Frank Tipler (1947-) is an American physicist noted, in cessation thermodynamics, for 1994 theory that computers in the future will resurrect the dead, and therein will be the physics of immortality.

Overview
In 1994, Tipler, in his The Physics of Immortality, argued, as summarized by Eric Schneider (2005), the following: [3]

“Conterentropic notion that genetic engineering and computer science will team up with inexhaustible energy resources to make God in the far future.”

To make this argument, Tipler builds on French philosopher Pierre Teilhard’s 1938 omega point theory in conjunction with English-born American physicist Freeman Dyson’s 1979 paper “Time Without End: Physics and Biology in an Open Universe”, to reconcile the second law of thermodynamics, with life, heat death, and Biblical resurrection. [1] In response to English physicist Stephen Hawking’s statement that “my opinion would be libelous”, when asked to comment on Tipler’s theory, Tipler responded with:

“All I do in my work is accept the logical consequences of the known laws of physics: quantum mechanics, relativity, and the second law of thermodynamics. The reality that the ancients were trying to capture in the word ‘soul’ is expressed by defining the soul to be a computer program being run on the human brain. With this redefinition, we can keep the religious concept, and make it consistent with the facts. But most importantly, the redefinition makes the scientist realize that immortality is perfectly possible: there’s no physical reason why a program cannot exist forever.”

In conclusion of his theory, Tipler postulates that the future will have an all-powerful, all-knowing, universal-sized supercomputer in it that will resurrect the dead as described in the New Testament.

Education
Tipler completed his BS in physics from MIT in 1969 and his PhD, with a dissertation on singularities and time machines, in 1976 at the University of Maryland, College Park. His has since been a professor of mathematical physics at Tulane University.