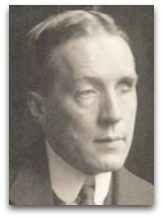 In existographies, Frederick Donnan (1870-1956) (CR:7) was an Irish physical chemist, generally known for his work on membrane equilibria, named Donnan equilibrium (Ѻ)(Ѻ)(Ѻ)(Ѻ), noted particularly for a number of summaries and publications, one together with Arthur Haas, on chemical thermodynamics the work of Willard Gibbs, which are cited by Herbert Salzer as prerequisites readings to any type of equilibrium theories at the cellular upwards level.

Quotes | By
The following are noted quotes by Donnan:

“Gibbs ranks with men like Newton, Lagrange and Hamilton, who by the sheer force and power of their minds have produced those generalized statements of scientific law which mark epochs in the advance of exact knowledge.”

— Frederick Donnan (1924), “The Influence of J. Willard Gibbs on the Science of Physical Chemistry” [1]

“Nothing in the history of science is more remarkable than the way in which Gibbs in 1878 provided the electrochemical science of the succeeding generation with its thermodynamic Principia.”