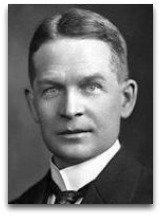 Overview
In 1911, Soddy, in his Matter and Energy, began to lay out his view that energy and wealth are synonyms, and how energy relates to natural sources of value, such as gold, and to the use of natural fuels. [2] A noted quote from this work, cited by American anthropologist Leslie White, is: [6]

“Through the various ideas on phlogiston, imponderable fluids, attractions, repulsions, affinities, and forces, science has ended with the simple universal concept of energy.”

In 1920s, Soddy began to apply the laws of thermodynamics to basic economic systems and devoted a significant portion of his professional career to a critique of the standard economic theory. In terms of his views on the relation to wealth and energy, Soddy stated in 1920 that "energy, someone may say, is a mere abstraction, a mere term, not a real thing … in this, as in many another respects, it is like an abstraction no one would deny reality to, and that abstraction is wealth. Wealth is the power of purchasing, as energy is the power of working. I cannot show you energy, only its effects … Abstraction or not, energy is as real as wealth – I am not sure that they are not two aspects of the same thing.” [3]

for his theories on the relation between energy, wealth, economics, and thermodynamics. His 1926 book Wealth, Virtual Wealth and Debt is an oft-referenced book in economic thermodynamics; albeit in it Soddy mainly discusses the conservation of energy in relation to interest, and thermodynamics very sparsely in a few verbal passages. [1]

“It is just because the application of the every-day principles of engineering to the animate engine [humans] offers such a powerful corrective to the make-believes of the economic systems of society that I have ventured to address you on the subject.”

In general, according to Soddy, thermodynamics governs all physical activity in the world, as expressed in the following popular 1911 quote by Soddy: [5]

“The laws [thermodynamics] that express the relation between matter and energy, govern the rise and fall of political systems, the freedom or bondage of societies, the movements of commerce and industries, the origin of wealth and poverty, and the general physical welfare of a people.”

Soddy is also noted for his part in the 1913 coining and explanation of the term isotope, in which he explained that it appeared from his investigations as if each position in the periodic table was occupied by multiple entities.

Cartesian economics
In 1921, Soddy defined Cartesian economics as the study of economies from the perspective that the most important forms of knowledge useful to how do people live, is the force and processes of fire, of air, and all other bodies that surround humanity, so to employ people in the same fashion. [7] The subject was introduced in 1920 by Soddy, modeled on early views of French scientific philosopher Rene Descartes. The following statement indicates the starting point for Cartesian economics, according to Soddy: [1]

“The starting point of Cartesian economics is the well-known laws of the conservation and transformation of energy, usually referred to as the first and second laws of thermodynamics.”

The lecture resulted from a long controversial correspondence with English biochemist Henry Lyster Jameson, who held a neo-Marxian or proletarian view in economics, and the strengthening of Soddy's resolution on his view. In this lecture, Soddy began to elaborate on how the laws of energy govern sociology and economics:

“The energy laws that govern the life of men provide the intellectual foundations of sociology and economics, and expose some of the principles causes of failure, not only of our own but, of all the great civilizations that came before.”

Beyond this, he reasoned that:

“The phenomenon of life derives the whole of its physical energy or power not from anything self-contained in living matter, but solely from the inanimate world. It is dependent for all necessities of its physical continuance upon the principles of the steam engine. The principles of ethics of all human conventions must not run counter to those thermodynamics.”

Soddy firmly positioned the fact that solar energy is the fuel that facilitates or empowers all life processes. He explains this as such:

“For men, no different from any other form of heat engine, the physical problems of life are energy problems.”

In 1926, Soddy published his Virtual Wealth and Debt, where aside from being based on principles in thermodynamics he seems to borrow the term "trigger action", as shown in the adjacent video, from Alfred Lotka who used the term in 1922 to explain the energetics of collisions in preditor-prey interactions.

On the topic of death and its connection to the conservation of energy, and Soddy outlined a short synopsis on his views in his article subsection “Immortality or the Conservation of Personality” in his 1919 book Science and Life. He states, “the real part of a man is not his bodily organism, which is continually wasting away and being as continually renewed, nor the physical energy at its command, which is derived entirely from the inanimate world, but is the personality resident in the body and in control of it.” On this perspective, he eludes to the hypothesis that this quantity is conserved after death; a kin to the conception of immortality of the soul; although, he notes, it is not a conservation phenomenon applicable to the inanimate world. [3]

Influence
Soddy, supposedly, was influenced by English social theorist John Ruskin's view that economics required a scientific component and his description of wealth as a "dynamic flowing stream". [8]

Students
Soddy's work inspired many, such as American engineer Howard Scott and his 1932 book Technocracy - a Thermodynamic Interpretation of Social Phenomenon, American economist Herman Daly, and Russian bioelectochemist Octavian Ksenzhek and this 2007 book Money: Virtual Energy - Economy through the Prism of Thermodynamics.

Further reading
● Soddy, Frederick. (1920). “Economic Science from the Standpoint of Science”, The Guildsman: a Journal of Social and Industrial Freedom, July, 3-4.
● Daly, Herman E. (1980). “The Economic thought of Frederick Soddy” (abstract), History of Political Economy, 12:4.
● Hattersley, Martin J. (1988). "Soddy and the Doctrine of Virtual Wealth", A paper presented to the 14th Annual Convention of the Eastern Economics Association Boston.