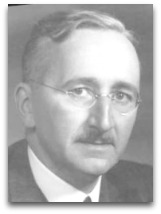 Quotes | By
The following are quotes by Hayek:

“It was through asking how things would have developed if no deliberate actions of legislation had ever interfered that successively all the problems of social and particularly economic theory emerged. There can be little question that the author to whom more than any other this [development] is due was Bernard Mandeville.”

References
1. Ebeling, Richard. (2016). “The Fable of the Bees Tells the Story of Society: Private Vices, Public Benefits, and the Legacy of Bernard Mandeville” (Ѻ), Foundation for Economic Education, Nov 15.