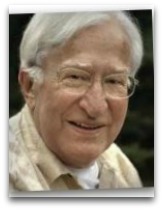 In animate thermodynamics, Friedrich Cramer (1923-2003) (DN:1) was a German chemist, philosopher, and geneticist noted for his 1993 cosmology and philosophy conference proceedings chapter “The Entropic Versus the Anthropic Principle: on the Self-Organization of Life”, wherein he outright says frankly that the notion of “self-organization” lets the metaphysical into physics (see: ontic openings) and hence justifies the notion of creation by God, as he sees things (and believes in), and discusses how he thinks "dead matter" equates to equilibrium. [1]

Religion
Cramer seems to be attempting to sell god via an ontic opening of his theory of “evolution field”, a new description of matter, and self-organization; the following being one example statement, the term “creative potential” being code for god:

Cramer ends off this discussion by concluding on Genesis defined in the Bible; and stated "with my new broader concept of matter, god can exist in the concepts of science."