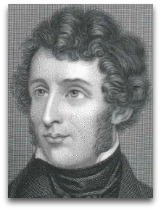 In science, Friedrich Wohler (1800-1882) was a German chemist noted for his 1828 synthesis of urea, an undoubtedly “organic” molecule, starting from ammonium cyanate, which was then considered to be an “inorganic”, or at least “nonliving”, as Francis Crick retrospectively described things, chemical. [1] In his “On the Artificial Formulation of Urea” Wohler stated: [2]

“This investigation has yielded an unanticipated result that reaction of cyanic acid with ammonia gives urea, a noteworthy result in as much as it provides an example of the artificial production of an organic, indeed a so-called animal, substance from inorganic substances.”

Wohler was a student of Swedish chemist Jacob Berzelius, author of Animal Chemistry (1806), who, prior to Wohler's discovery, was of the mindset that organic atoms, in contrast to inorganic atoms, were responsive to vital force. [3]

The fact that Wohler specifically made urea, a supposed “living chemical” (chemical responsive to the vital force) or chemical of living things, from non-living components, specifically from: dried blood, hoofs, and horns, brought into question the then-dominant vital force theory of “organic chemistry”. [1]