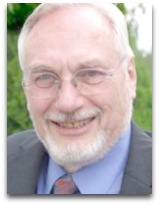 In existographies, Fritz Krafft (1935-) is a German science historian, recognized a 30-year plus Guericke researcher, noted for []

Overview
In 1978, Krafft, in his Otto von Guericke, and existography on Otto Guericke, stated, supposedly based on some sort of research, that Guericke invented the "vacuum pump" in "1647", a year before the end of the Thirty Year War (1618-1648). [1] The traditional dating of the vacuum pump invention, by Guericke, is most-often cited at 1654, or a year earlier.
-
Education
Krafft completed his university studies in classical philology and history of science at the University of Hamburg; was professor of the history of science at the University of Mainz, from 1970 to 1988, and at Marburg, Germany, from 1988 to 2000, he was director of the Institute for the history of pharmacy. His historical topics of focus include: Plato, Aristotle, Ptolemy, Copernicus, Kepler, Guericke, Herschel, Lichtenberg, and the team discovery of nuclear fusion by Otto Hahn, Lise Meitner, and Fritz Strassman. [2]

Quotes | On
The following are quotes on Krafft:

“Unaware of most of the discussion, the Magdeburg Mayer Otto Guericke started experimenting with his air-pump around 1647. His aim was to establish the existence of a vacuum by creating one? Although his research fitted well into the on-going discussion, Von Guericke's involvement was spurred by a different concern. The invention of his machine had as its main purpose the refutation of Descartes' cosmology and his related ideas on space and matter.”