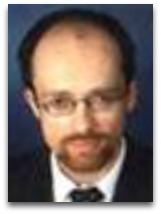 In hmolscience, Fritz Sollner (c.1965-), Söllner or Soellner, is a German environmental economist noted, in human thermodynamics, ecological economics in particular, for his late 1990s work in economics and thermodynamics.

Overview
In 1996, Soller finished his habilitation Thermodynamik und Umweltökonomie (Thermodynamics and Ecological Economics), in which he attempts to derive a thermodynamics based value theory of environmental economics applicable to the issue of sustainability and macro-economic environmental policy guidance. [1]

In 1997, Sollner, in his “A Reexamination of the Role of Thermodynamics in Environmental Economics”, as commented on by Herman Daly and James Kay, extends on his earlier work.

In 1999, Sollner published “Aristotle, Soddy, and the Conflict Between Money and Nature”, wherein he comments on Frederick Soddy and money, possibly on the subject of financial thermodynamics. [2]

Education
Sollner completed his BA in business administration in 1987; his PhD in 1990, with a dissertation “The Inflation Tax in Developing Countries”; and habilitation, with a thesis on “Thermodynamics and Environmental Ecology”, in 1996, all at the University of Bayreuth. Presently, he is a professor of economics, specializing in finance, at the Technical University of Ilmenau.