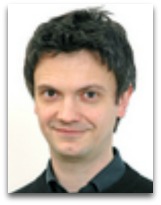 In human chemistry, Frode Pedersen (c.1980-) is a Norwegian literary theorist noted for []

Overview
In 2011, Pedersen, in his paper “Demonic Affinities: On Goethe's Die Wahlverwandtschaften”, at the Bergen University literature chemistry conference Literature and Chemistry: Elective Affinities, argued that:

“Goethe’s usage of the term ‘elective affinity’, culled from Bergman’s 1775 De Attractionibus Electivis (German translation, 1785), referred to the tendency of certain chemical species to form pairs. When extended to the sphere of interpersonal relationships, as is done in Goethe’s novel, this has implications for the view on the human as such. If persons behave like chemical species, their behavior must to some extent be pre-determined, with no room for free will. Goethe’s thinking on these matters must be viewed in relation to Schelling’s philosophy of nature, in which the sphere of nature and the sphere of human consciousness are seen as continuous.”

In other words, Pederson attempts to argue that Goethe gathered parts of his chemical philosophy theory from the natural philosophy of German philosopher Friedrich Schelling (1775-1854) (IQ=185-190), whom Goethe had invited to Jena in 1798 where he stayed until 1803. Goethe, supposedly, appreciated the poetic quality of the Naturphilosophie, reading Von der Weltseele. [2]

Education
Pedersen, currently, is an associate professor of linguistic, literary, and aesthetic studies at the University of Bergen, Norway.