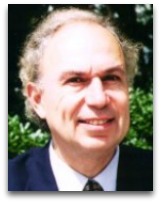 In existographies, Gary Greenberg (1943-) (RMS:106) (CR:71) is an American lawyer, archeologist, Egyptologist, and Biblical scholar noted for his 1996 book The Bible Myth: the African Origins of the Jewish People and followup 2000 book 101 Myths of the Bible: How Ancient Scribes Invented Biblical History in which he ferrets out a large part of the Osiris religion and Ra theological structure to the Ab-ra-ham-ic faiths (Torah religions).

Overview
Greenberg was drawn into religio-mythology when he saw parallels between the Genesis chronology and the Egyptian kings list; a short version of this thesis was published in Moses Mystery. [6]

In c.1990, Greenberg began studying works such as Richard Friedman’s Who Wrote the Bible (1987).

In 1996, Greenberg, in his The Bible Myth: the African Origins of the Jewish People, deconstructed much of the Bible back into Egyptian mythology, at the end of which he asserted that the sacrifice of Isaac by Abraham (see: Abraham and Isaac) is a rescript of the sacrifice Osiris by Set or something to this affect; a rewrite of the ritualistic act of the release of the ba (soul) of Osiris. [5] This conjecture, not note, may be off per reason (a) the Osiris cult was mostly jettisoned during the Jewish recension (see: Recension theory) of the Egyptian religion, and (b) Abraham is a rescript of Ra NOT Osiris.

In 2000, Greenberg, in his 101 Myths of the Bible: How Ancient Scribes Invented Biblical History, debunked most of the stories in the Old Testament in terms of their underlying myths.

Thims
In 2003, Greenberg's work was instrumental, in the growth of the religio-mythology work of Libb Thims, during his half Buffett-level research into the thermodynamics of religion; Thims was able to discern the following from Greenberg's general model:

In short, building on the previous translation work of Thomas Young (1822), Jean Champollion (1824), and Wallis Budge (1895), Greenberg's work, has been instrumental in helping to trace out the theoretical structure of "Abrahamic" religions, or "Father Ra born of Nun" religions, to the daily life-death cycle of the Egyptian sun god Ra (born out of the Nun) and the life-death-morality theories derived therefrom, particularly as embodied in the logic of the negative confessions and ba weighing, which were carried over into the the concept of "karma weight" and "soul weight" in the Vedic and Torah religions, respectively.

Thims, in short, connected the key fact that the Ab-ra-ham-ic theologies (Torah religions) and B-ra-hma-ic theologies (Vedic religions), are derivative religions of the parent religion of Ra theology (Egyptian religion): [2]


The six main giveaways that show the underlying Egyptian connections between the two religions (Vedic and Torah) are:

Greenberg seems to have been the first to explain the Egyptian origins to the latter two points, in his chapter sections "Abraham pretended that Sarah was his Sister" (2000) and "The Osirian Iconography in Isaac's Sacrifice" (1996). [1]

One point that remains to be tracked down is the details of the etymology of Sarai and Saraswati, albeit it seems to have its origin in the story and name of "Isis" or "star of the sea", the wife-sister of Osiris, and mother to Isaac (at the age of 90). Her name was originally שָׂרָי (Saray or Sarai), but in Genesis 17:15 it is said that God changed it to Sarah:

“And god said unto Abraham, as for Sarai thy wife, thou shalt not call her name Sarai, but Sarah* shall her name be.”

The footnote * to this being that Sarah = Princess. The underlying details of this god-directed "name change", or jump from Isis to Princess to Sarah, however, is still a bit blurry.

The story of Abraham “choosing” killing Isaac (his son), in the name of god, according to Greenberg, is a release of the Egyptian ritual of the release of the soul re-write.

“The Atenists needed to break the link between Horus and the resurrected Osiris, and they did so in Genesis with the story of Abraham’s sacrifice of Isaac. This is perhaps the most puzzling story in the Bible and has caused commentators no end of difficulty in explaining why the Hebrew god would ask Abraham to offer up his son as sacrifice. By placing the story in the context of the Osiris myth, we can resolve the moral dilemma.

Quotes | On
The following are quotes on Greenberg:

“Scholars such as Gerald Massey, Albert Churchward [RMS:66] (Ѻ), and Gary Greenberg have argued that the first Israelites were Egyptians and followers of the Pharaoh Akhenaten, whose attempts to introduce monotheism into …”

Quotes | By
The following are quotes by Greenberg:

“For the history of Biblical textual analysis, I draw primarily upon Richard Friedman’s Who Wrote the Bible (1987).”

— Gary Greenberg (1996), note to statement that Thomas Hobbes was first scholar to argue against Mosaic authorship of the Bible [3]

“The first important scholars to independently argue against the prevailing view, namely that the Pentateuch was written by a divinely-inspired Moses (e.g. Newton believed this), were: Thomas Hobbes, Benedict Spinoza, and Isaac la Peyrere.”

“Jewish patriarchal history is pure myth, derived from Egyptian stories about the god Osiris and his family, and ancient Israel had no genealogical history prior to the Exodus.”

“ ‘Ham’, the name of Noah’s second son, is pronounced ‘Chem’ in Hebrew, and he is depicted as the father of the Egyptian and African peoples. The name derives from the Egyptian word ‘Keme’, an ancient name for Egypt. It means the ‘black land’ and refers to the fertile black soil left behind when the annual Nile flood withdraws to its banks.”

“As a general rule, I rely on basic mainstream scholarship as a framework for my analysis, although I always have my own spin on how that should apply. To keep in touch with what is academically acceptable I like Bart Ehrman and Raymond Brown. Brown, now deceased is, a leading scholar who brings an enormous amount of material together and source citations from all points of view. So, even though there is much to disagree with and criticize, I find him helpful in wading through the weeds. On a more way out source, long ago, I was very interested in Robert Graves’ “White Goddess” (not used in any racial sense) and found it very interesting but frequently difficult to accept. I was more interested in seeing how he looked behind myths than with what conclusions he came up with.”