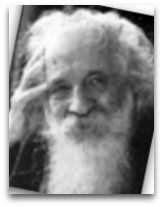 In existographies, Gaston Bachelard (1884-1962) (CR:7) was a French philosopher noted for his 1938 book The Psychoanalysis of Fire in which he analyzes the existence of fire (as well as heat and light), both as a real presence throughout the history of humankind and more importantly a literary, symbolic presence, such as discussed in the fields of literature chemistry and literature thermodynamics. [1] Bachelard, in short, seems to address the subject of the psychoanalysis or critique of the use of thermal words (or thermal phrases), such as the fire of passion, the heat of love, the light of my life, etc.

Romantics
Bachelard seems to have been one of the first to digress into the subject of relation of love or sexual value, in literature, to fire, heat (e.g. sexual heat, sexual temperature, sexual energy, etc.), or light . He cites the following passage of German philosopher Gotthilf Schubert’s passage as a example of the fire or heat as a psychoanalytic tool:

“Just as friendship prepares us for love, so by rubbing together of similar bodies, nostalgia (heat) is created and love (flame) spurts forth.”

He goes on to cite, what seems to be about two dozen or so, other various usages of heat or fire as a metaphor, analogy, or model for the intricacies of human romance, relationships, and love; one example being Bohemian–Austrian poet Rainer Rilke:

“To be loved means to be consumed in the flame; to love is to shine with an inexhaustible light.”

Discussion
In studying these various passages, in modern human chemistry and human thermodynamics terms, one is quickly led into a deep analysis. How, for example, does the last passage scale down from the human chemical reaction of love, such as in the pair bonding male-female reaction:

or from the human reproduction reaction scale:

In comparing the two reactions, hydrocarbon combustion and human romantic combustion, one is quickly led into a very deep and involved subject. The mention of "light", by Rilke, for example, leads one into the question of how light functions in human chemical reactions, of which topics including the metaphor (or non-metaphorical) term "bright", which is then related to the social nebular hypothesis theories of light, heat, or energy, hypothesized to be created by human gravitational contractions (social gravitation); as well as the exchange force and primary field particle theories, among others.

Quotes | On
The following are quotes on Bachelard:

“Although very difficult to escape concepts and a vocabulary dedicated by usage, i.e. the ‘epistemological obstacle’ (Ѻ) of Bachelard (1938), the effort is certainly worthwhile.”