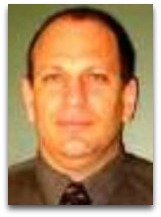 In hmolscience, Gavin Ritz (1959-) is a New Zealand business engineer noted, in business thermodynamics, for his 1992 to 2009 effort to develop an Adriaan de Lange based theory of thermodynamics applied to society and business.

Overview
In circa 1992, Ritz began to work on theories on the energetics and thermodynamics of human organizations and behavior. [1] The following is Ritz's reasoning as to how thermodynamics can be applied in society: [3]

“The fundamental formula can therefore show what type of balance is required to keep an organization or society from too much or too little concentrated Gibbs free energy change and work. If, for example, too much free energy of individuals in a society is concentrated on a singular qualitative value, such as purity, this can lead to massive societal and organizational destruction like national socialism.”

Ritz also has developed tools to measure values, motives, and also business strategy, all based on thermodynamics, particularly entropy.

Ritz’s key proposition is that at a fundamental level behind all business, organizational and economic structures and processes is energy and its counterpart work, just as is in the science of thermodynamics. Ritz proposes that this energy and work can be formulated by what he calls the fundamental formula. In short, Ritz contends that the main impetus of his theory, as of 2009, is that the Gibbs fundamental equation: [4]

whereby the free energy change, as defined by German physicist Hermann Helmholtz, refers to the amount of energy of the system that can freely be converted into external work, is the work energy involved in the creation of civilization. Ritz connects this logic to the 2002 formula for 'organic work' defined by Canadian psychologist Elliott Jaques: [5]

where Wo is organical work done by living organisms, J is the mental exertion, and T is the target time. Using this expression, Ritz postulates that Gibbs free energy change for a business or economic system will be less than the sum of organic work plus another type of standard work W, as defined by modern science:

Beyond this basis, Ritz's argument at many points becomes rather incoherent, e.g. he seems to neglect free energy coupling in nature and society, but he does clearly state that it is the free energy that converts to work, which is the cause of everything that happens.

Most of Ritz's theory, as found in his 2009 article “The Fundamental Formula as Energy and Work”, to note, seems to be based on the online book Irreversible Self-Organization by African physicist and creationist writer Adriaan de Lange. [4]

Motivational entropy production
He postulates that it is possible to measure ‘motivational entropy production’, which might be an effective measure for organizational adaptability, having correlation to the ‘state of the organization’. Theories he culls from include: ego psychology, cybernetics, Prigoginean thermodynamics (force-flux pairings and entropy dissipation), Nicholas Georgescu-Roegen, and Shannon information theory. [1]

Education
Ritz completed his BS in civil engineering and geotechnics in 1984, an honors in business and administration in 1986 and later his MBA in 1987. He has taught graduate and general business courses for over fifteen years. [2]