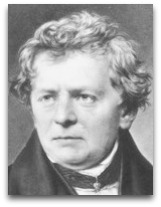 Ohm, in these experiments, drawing inspiration from Fourier on heat conduction, after testing with voltaic piles, he switched to a bismuth copper thermocouple, as shown, wherein he measured the current passing through the copper strip, with one junction dipped in ice and the other in boiling water (Ѻ), and then added test wires of varying length, diameter, and material to complete the circuit: 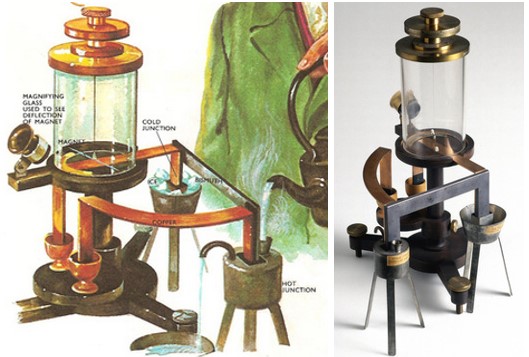 In 1827, Ohm, in his The Galvanic Circuit Investigated Mathematically, based on his research on a Volta-style electrochemical cell, stated that electromotive force acting between the extremities of any part of a circuit is the product of the strength of the current, and the resistance of that part of the circuit.

This finding has since come to be known as “Ohm's law” (Ѻ), defined as follows:

where V is the voltage, R is the resistance, and I is the current.

Quotes | By
The following are quotes by Ohm:

“The force of the current in a galvanic circuit is directly as the sum of all the tensions, and inversely as the entire reduced length of the circuit.”