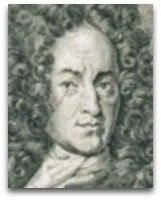 Overview
In c.1620, Johann Helmont conducted oak burning experiments, wherein he found that 62 lbs of oak were burned into 1 lb of ashes and 61 lbs of "wild spirit", aka gas. These experiments, according to James Partington (1937), contain the germ of ideas in Stahl's theory of combustion.

Stahl explained natural phenomena by affirming that “heat matter”, a hypothetical entity to which he assigned the name “phlogiston”, was contained in all combustible bodies and was made to appear when such bodies were burned. [1]

A precursor to Stahl's theory was the 1669 terra pinguis theory of combustion developed by his mentor Johann Becher.

Animism
In 1708, Stahl, in his True Medical Theory (Theoria Medica Vera), outlined some type of animism (Ѻ), wherein life and disease were explained by the action of the “sensitive soul” or anima, which inhabited every part of the organism and prevented its spontaneous putrefaction.

“I am aware that this opinion has not been to the taste of all scientists and that Stahl above all had only contempt for it. That great chemist wanted to persuade us that the soul alone was the cause of all our movements; but that is the talk of a fanatic, not a philosopher.”

Quotes | On
The following are about related quotes:

“In order to explain the union of the soul with the body, there is no need to torture one’s mind as much as those great geniuses: Aristotle, Plato, Descartes, Malebranche, Leibniz and Stahl did.”

“About eight days ago I discovered that sulfur in burning, far from losing weight, on the contrary, gains it; it is the same with phosphorus; this increase of weight arises from a prodigious quantity of air that is fixed during combustion and combines with the vapors. This discovery, which I have established by experiments, that I regard as decisive, has led me to think that what is observed in the combustion of sulfur and phosphorus may well take place in the case of all substances that gain in weight by combustion and calcination; and I am persuaded that the increase in weight of metallic calxes is due to the same cause... This discovery seems to me one of the most interesting that has been made since Stahl and since it is difficult not to disclose something inadvertently in conversation with friends that could lead to the truth I have thought it necessary to make the present deposit to the Secretary of the Academy to await the time I make my experiments public.”


Quotes | By
The following are related quotes:

“Briefly, in the act of composition, as an instrument there intervenes and is most potent, fire, flaming, fervid, hot; but in the very substance of the compound there intervenes, as an ingredient, as it is commonly called, as a material principle and as a constituent of the whole compound the material and principle of fire, not fire itself. This I was the first to call phlogiston.”