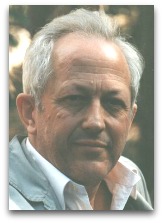 Overview
In 2005, Ellis, in his “Physics and the Real World”, citing Philip Anderson on reductionism, sought to address the following, in his mind, conceptual problem:

“No current physics experiment or theory explains the nature—or even the existence—of emotions, money, fine art, football games, or people. What can physics say about such things?”

The article that follows, however, falls short of its subtitle: he cites Robert Laughlin’s A Different Universe: Reinventing Physics from the Bottom Down (2005), and his “protected states emergence over reduction” theory, employs the term “emergence” ten times, and concludes that “physics can’t account for human intentions”, let alone can “physics and chemistry predict the development or functioning of a single cell”.

See main: Einstein on free will

In 2014, Ellis seems to have been arguing for free will and for top down causation; in interview with John Horgan, when given the following Einstein quote:

“If the moon, in the act of completing its eternal way around the earth, were gifted with self-consciousness, it would feel thoroughly convinced that it was traveling its way of its own accord…. So would a being, endowed with higher insight and more perfect intelligence, watching man and his doings, smile about man’s illusion that he was acting according to his own free will.”

Then asked if he believed in free will, Ellis responded with the following:

“Yes. Einstein is perpetuating the belief that all causation is bottom up. This simply is not the case, as I can demonstrate with many examples from sociology, neuroscience, physiology, epigenetics, engineering, and physics. Furthermore if Einstein did not have free will in some meaningful sense, then he could not have been responsible for the theory of relativity – it would have been a product of lower level processes but not of an intelligent mind choosing between possible options. I find it very hard to believe this to be the case – indeed it does not seem to make any sense. Physicists should pay attention to Aristotle’s four forms of causation – if they have the free will to decide what they are doing. If they don’t, then why waste time talking to them? They are then not responsible for what they say.”

Ellis, similar to Terrence Deacon (2011), who also reacts against American physicist Philip Anderson’s 1972 “More is Different”, here is trying to sell god in coded repackaged scientifically-sounding form via a mix Aristotelian causation and emergence talk, similar to what Deacon and others have attempted.

Education
In 2005, Ellis was an emeritus professor of mathematics at University of Cape Town, South Africa.