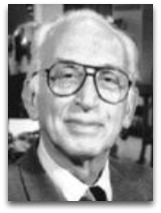 In thermodynamics, George Hatsopoulos (1927-) is a Greek-born American mechanical engineer, of the MIT school of thermodynamics, noted for his co-authoring of the 1960 Thermodynamics textbook with Joseph Keenan.

Education
George Hatsopoulos, who has three thermodynamics professor uncles at the Greek Polytechnic, came to the US on a PhD scholarship to study at MIT in the late 1940s. [5] Hatsopoulos received his bachelor’s (1949), master’s (1950), engineer’s (1954), and doctorate (1956) degrees all in mechanical engineering at MIT. Of note, it is said that Hatsopoulos did not fall in love with thermodynamics at first sight and that he disliked his first class in thermodynamics. [4]

Thermo Electron Corporation
In 1956, he finished his doctoral dissertation, in which he described his newly invented device a “thermionic energy converter”, which purported to convert heat energy directly into electric energy without any moving parts, by the operation of the release of electrons.

Hatsopoulos theorized that, properly heated, some materials could give off electrons (that is, produce electricity) to a nearby receptor. If he could only find the right material, he would dispense with huge steam generating plants. There would be an immense savings in raw energy and a giant leap in economic efficiency.

Shortly thereafter George and his brother John Hatsopoulos (1935-), who was in the process of finishing a BA in history (minor in mathematics) at Northeastern University, decided they should form a company and sell the device. To fund the startup company, which they named Thermo Electron Corporation, according to John: [5]

“We borrowed $50,000 from a Greek ship owner to start the company. He was a family friend. His son was at that time at the Harvard Business School. The ship owner was a very tough guy who earned more money than God. He said, ‘OK, I will loan you the $50,000 to teach my stupid son that is not a way to start a company’.”

They began by using George’s living room and basement (in Belmont, a few miles away from MIT) as a manufacturing faculty and skipping forward a few years, the electric heat engine idea never worked out, but the effort resulted in the formation of a new growing engineering company, which as of 2011, is worth $25 billion. [3][5] George remained as chairman of the company until 2001.