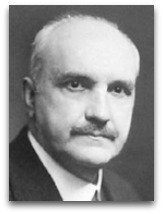 Quotes | By
The following are quotes by Santayana:

“A conception not reducible to the small change of daily experience is like a currency not exchangeable for articles of consumption; it is not a symbol, but a fraud.”

“My atheism, like that of Spinoza, is true piety towards the universe and denies only gods fashioned by men in their own image, to be servants of their human interests.”

“All of our sorrow is real, but the atoms of which we are made are indifferent.”

“Faith in the supernatural is a desperate wager made by man at the lowest ebb of his fortunes.”