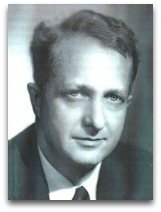 In existographies, George Zipf (1902-1950) (CR:10) was an American “empiric social scientist”, as he defined himself, noted for his 1949 Human Behavior and the Principle of Least Effort, which was cited by American astrophysicist and social physicist John Q. Stewart as being the work of an investigator keenly aware of the necessity and advantages of cutting across academic boundaries, such as in the sociology | physics academic boundary. [1]

Power laws
Zipf is noted for his statement that:

A hyperbolic distribution, according to American-born Italian chemical physicist Bernard Lavenda, has a probability density of the following form: [5]

where D is referred to as the characteristic exponent and x is scaled variable whose minimum value is unity, and equation having the form of a "power law" which finds applicability economics of wealth distributions (Pareto principle), among other fields such as linguistics, Zipf's usage, and taxonomy.

In this group, Zipf, in his in his 1949 book Human Behavior and the Principle of Least Effort, is said to have given the preeminent "mechanistic model of behavior." [4] Zipf's theory is the postulate that animals, people, even well designed machines will naturally choose the path of least resistance or "effort."

The following is a noted quote from Zipf about his so-called principle of least effort: [3]

“Each individual will adopt a course of action that will involve the expenditure of the probably least average of his work (by definition, least effort).”

In modern hmolscience terms, however, something about this seems to be off or amiss here in this statement—the old saying “I’d climb the highest mountain” being but one example that seems contrary to Zipf’s principle. The subject of free energy coupling, only compounds clarification.