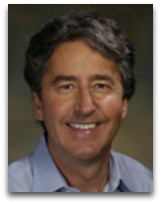 In existographies, Gerald Joyce (1956-) (CR:4) is an American RNA-world origin of life theorist noted, in chnopsology, for his 1991 high-cited so-called working-definition of life, which reads as follows: [1]

This definition is positioned, according to Robert Hazen, as being one of the better ones as found amid a recent origin-of-life text featuring an appendix of 48 different authorities, including: John Maynard Smith (any population of entities which has the property of multiplication, heredity, and variation), Stuart Kauffman (an expected collectively self-organized property of catalytic polymers), among other definitions, such as: “the ability to communicate”, “a flow of matter, energy, and information”, etc. [1]

Joyce’s definition, interestingly, has retained a certain amount of chain-like recitation popularity; having come to be known, as of 2007, supposedly, as NASA’s working definition of life, particularly in regards to their so-called exobiology program or search for extraterrestrial life. [3]


Joyce, in short, attempts to surmount the unbridgeable gap, with the use of the term "self-sustained chemical system" which is code, for those who don't know, for perpetual motion or rather perpetual motion of the living kind, i.e. a self-sustaining thing, reaction, or process, is a violation of the principle of inertia and the first law of motion (see: self terminology reform). The issue is summarized well by Roger Caillois’ famous 1973 quote: [4]

In matters of dispute, of such universal importance, one always is advised to side with the "supreme law" of the universe, above that of all else, in the famous words of Arthur Eddington. In this case, nature "selects" and distinguishes between what is both "natural" and what is "unnatural" and chooses, in the end, those system transformation processes that result in free energy decrease differentials, system overall, over time. Hence, we side with Clausius and not with Joyce and his perpetual motion model of life.

“You have to build a straw man upon straw man to get to the point where RNA is a viable first biomolecule.”