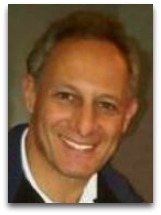 In hmolscience, Gerard G. Nahum (1956-), or Gerry Nahum, as he goes by, is an American chemical engineer turned physician known for his 1998 theory that the soul can be weighed scientifically at the point of (death) dereaction, via measuring it's energy-information content, with electromagnetic sensors.

Overview
In 1961, at age five, Nahum, as he estimates in retrospect, states that he began to ruminate on a theory of consciousness. Specifically, Nahum states that “he became convinced that the first law of thermodynamics applied to consciousness” when he was five years old, after which time he began to theorize as to the question of “where does it go” after death? [7]

In 1978, Nahum states that he had a semi-solidified version of a energy theory of consciousness. [7]

In 1998, Nahum began to promulgate, in various scientific circles, a 25-page presentation entitled “A Proposal for Testing the Energetics of Consciousness and its Physical Foundation”, a cessation thermodynamics proposal to conduct a consciousness-weighing project to quantify the energy-information of consciousness (the “weight of the soul”), at the point of death using a negative entropy theory, and estimated that it would cost approximately $100,000. [1] Nahum defines the soul or rather 'residual energy/information' after the complete dissolution of an organism after death as: [2]

“Soul is the (obligatory) negative entropy (i.e., energy/weight equivalent) that is necessary to allow for the nonequilibrium meta-stable physical 'quasi-steady-state' of a living/conscious biological system.”

While not a religious man, Nahum has spent a good portion of his life on this puzzle, attempting to get funding for a thermodynamics-information based consciousness quantification experiment from the Catholic church, various physics departments, and institutes like the University of Arizona’s Human Energy Systems Laboratory. [1]

Nahum uses a mixture of information theory, thermodynamics, and the mass-energy equivalence relation, to explain the conservation of consciousness at the point of death. In short, according to Nahum, the change in heat dQ that has to be liberated per bit of information lost is:

This loss or destruction of information at death, in the processing consciousness, is hypothesized to potentially occur, according to Nahum, as a result of the destruction of brain cell microtubules, which during life act like an "abacus for molecular calculation at the subcellular level". Using this numerical figure as a basis, Nahum then uses Einstein's mass-energy equivalence relation:

Beyond this, Nahum estimates that consciousness may be comprised of a minimum of 1-10 million bits of information, but that he doesn't know how much more may be necessary. Based on this logic, he postulates that one could measure the changes in mass that are associated with the loss of information comprising consciousness at death using scales that have at least picogram (

) sensitivity or better. On this basis, Nahum postulates that the weight of the consciousness W(t) surviving after death can be quantified by the following expression:

where W(t) is the weight of the system containing the experimental subject as a function of time, E(t) is the energy radiated or dissipated by the system as a function of time over all spatial dimensions, C(t) is the time dependent energy deficit not accounted for by measurable system energy radition-dissipation, t0 is the time of death of the biological system, t is the time elapsed since the death of the biological system, g is the local acceleration of gravity, and c is the speed of light. Nahum then comments, after several pages of experimental procedure, that: [4]


“Assuming that these experimental goals can be accomplished, then the quantity of negative entropy and or energy that is associated with the phenomenon of consciousness should, in principle, be both measurable and quantifiable.”

Difficulties on theory
Nahum’s theory, in short, posits that consciousness can be associated with a certain amount of information content of some part of a living, sentient being (presumably within the central nervous system); that this information is equivalent to a certain amount of negative entropy (order) or energy; that at the point of irreversible neurological activity cessation (or death) the magnitude of the energy associated with consciousness will be conserved according to the law of conservation of energy; that this consciousness energy loss will correspond to a loss of physical mass according to the mass-energy equivalence relation; and that by measuring the radiation of all possible types of energy at the point of termination in an isolated chamber that the mass of departed consciousness could be measured in units of kilograms.

The first issue with this argument is that the mass-energy equivalence relation has been shown to apply only to situations wherein there is a transformation of sub-atomic particle into another type of subatomic particle, releasing energy in the process, such as in radioactive decay, e.g. carbon-14 converting to nitrogen-14 plus radiation; solar thermonuclear reactions, e.g. four protons converting to one helium-4 atom, releasing energy in the form of gamma ray photons and neutrinos, whereby 0.7% of the mass of the original four protons is lost; or as in various types energy-mass changes that occur in high speed particle colliders.

None of these types of decay processes, however, are known to occur when a person dies; thus, the process by which a person dies should conform to the laws of chemistry, the conservation of mass being of predominance. The mass-energy equivalence principle, in the form of hydrocarbon molecules (or other types of atoms) undergoing nuclei transformation, at the point of death, to release energy, should not apply to human death as Nahum posits.

The second issue of difficulty with Nahum’s theory is the postulate of correlating mental intelligence, in the form of stored information, to entropy or rather negative entropy. While it is has been argued, as Hermann Helmholtz stated in 1882, that the magnitude of entropy is proportional to the order of a system, no one has ever presented a derivation starting with the basic 1865 Clausius definition entropy, as differential unit of heat dQ passing the boundary of a system divided by the absolute temperature T of the system, to arrive at some formulation of entropy (or the negative of entropy) as a absolute measure of brain intellect or better yet consciousness (or the information value of consciousness). Nahum, however, states, in his abstract, that these connections are “well-established”, specifically commenting that the “equivalence of energy/negative entropy with information system content” is a well-established physical relationship.

This, however, is not the case, although many would like to say it is so, simply by citing the likes of Leó Szilárd (1929), Claude Shannon (1948), Leon Brillouin (1950), Edwin Jaynes (1957), or Myron Tribus (1961), among others. All connections of thermodynamic entropy to system information content stem from American electronics engineer Ralph Hartley’s 1927 introduction of the logarithmic function to measure high and low voltage signals in telegraph wires, where he defined H as information defined by the following function:

where n is the number of successive selections or readings of a sequence of voltage levels in a telegraph receiver tape, and s is the number of possible voltage levels by which the signal may be transmitted by the sender. Although Hartley’s derivation had nothing to do with heat engines or thermodynamic working bodies, Shannon would later declare H to the same as the entropy in statistical mechanics, defined by Ludwig Boltzmann, forever convoluting the two completely different "systems", telegraph sending systems and steam engine systems.

On these views, to justify his proposed consciousness weighing experiment, Nahum gives a short derivation in his appendix in which he states that Clausius entropy (1865), Boltzmann entropy (1901), and Shannon entropy (1948) are all equivalent expressions of the entropy of any physical systems:

This, however, is far from the truth. Clausius entropy applies to all physical systems; Boltzmann entropy is a statistical approximation of Clausius entropy, generally applicable to only ideal gas systems; and Shannon entropy is not even an entropy of thermodynamics, but refers to measurements of strings of binary Morris code sent in transmissions. In any event, Nahum substitutes Shannon entropy into Clausius entropy, eliminating the entropy change variable ΔS to arrive at an expression for heat loss per loss of bit of information in the nervous system:

Beyond these issues, Nahum postulates that, based on the increase of black hole entropy in the region of event horizons, that similarly the negative entropy or post-death ordered transformed consciousness may go into a type of extra-dimensional parallel universe hyperspace, in the regions of the Planck length, where the energy of the departed consciousness goes into small types of singularities embedded within our own four-dimensional space-time world. [5] To explain how this “energy of consciousness” may be able to depart or transfer to the hyperspace domains, whereas other varieties of standard energies do not, Nahum reasons:


“One possible explanation may depend upon the precise time-frequency spectrum of the energy liberated as a result of the loss of biological consciousness, possibly imparting to it a particular signature that may allow it passage to hyperspace domains, whereas other more ‘usual’ forms of energy in other conformations do not permit access.”

Education
Nahum completed his BS in chemical engineering, with special interest in thermodynamics and information theory, at Yale University and his MD at Stanford University. Nahum was a professor of obstetrics and gynecology at Duke University until 2004, after which he began working for the U.S. Food and Drug Administration in Rockville, Maryland. Nahum, currently, is Vice President of Global Development, General Medicine, at Bayer HealthCare Pharmaceuticals. [3]

Further reading
● Nahum, Gerard G. (2014). Predicting the Future: Can We Do It? And If Not, Why Not? A Primer for Anyone Who Has Ever Had to Make a Decision about Anything (thermodynamics, 25+ pgs). Archway Publishing.