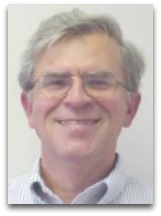 Overview
In 1975, Bouw, outlined some draft notes on overpopulation, entropy, and creation. [3]
-
In 1998, Bouw, in his “The Waves of Sin”, started with Freeman Dyson's 1970 definition of entropy as something that "measures of the degree of disorder associated with the energy; energy must always flow in such a direction that the entropy increases", to attempt to make some type of convoluted backwards idea that Biblical "truth" can be measured by Boltzmann entropy, or something along these lines.
-
Bouw followed this up by his “Entropy and the Human Situation” (1999) and “Entropy and the New World Order” (2000) in which he argued that things such as: stars, planets, financial wealth, information wealth, intelligence, economic aggregates, and life are examples of “local entropy reversal” (see: local entropy decrease; entropy reversal), after which he attempts to make some type of “sin” argument using Boltzmann entropy formula arguments, most of which amounts of a mess of argument, typical of most religious thermodynamics papers. [2]
Religion
Bouw raised a Christian, and became an atheist during his undergraduate studies, then became a “generalist” during his graduate studies, after finding that science could not answerer everything. Later, in 1974, while unemployed, Bouw began to read Robert Heinlein’s 1973 Time Enough For Love (Ѻ), which inspired him to read the Bible to look for inconsistencies, after which he became a literal King James Version Bible-believing geocentric creationist. [3]

Quotes | Employed
The following are quotes employed by Bouw:

“Positivism is a doctrine contending that sense perceptions are the only admissible basis of human knowledge and precise thought.”