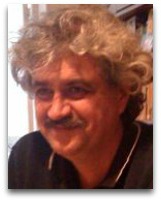 In hmolscience, Gheorghe Savoiu (1957-), or Gheorghe Săvoiu, is a Romanian economist, chief of the Romanian school of physical socioeconomics, noted for his circa 2005-present work, together with Romanian physicist Ion Siman, in the development of the fields of econophysics of sociophysics.

Overview
In their 2008 article “Some Relevant Econophysics’ Moments of History, Definitions, Methods, Models and New Trends”, Savoiu and Siman trace history of econophysics to French engineer and economist Nicolas-Francois Canard’s 1801 view that supply and demand are ontologically like contradicting physical forces. [4]

Savoiu’s 2008 article “The Scientific Way of Thinking in Statistics, Statistical Physics and Quantum Mechanics”, which cites English chemical physicist Philip Ball’s 2004 Critical Mass, among others, is abstracted as follows: [1]

“After 2000, econophysics has matured enough to allow generalized applications, their field being called sometimes econo-engineering.”

This seems similar, in a subdivision sense, i.e. in the sense of Dutch-born American mathematician, theoretical physicist, economist Tjalling Koopmans 1947 definition of an economic agent as a human molecule.

EDEN workshops
In 2008, Savoiu and Siman launched the “Exploratory Domains of Econophysics News” workshops, or EDEN, hosted at the University of Pitesti, Romania, which seems to have been hosted annually since. [5]

In 2013, American electrochemical engineer Libb Thims, is scheduled in the June EDEN V workshop to be an invited "key speaker", with the lecture title: “Econoengineering and Economic Behavior: Particle, Atom, Molecule, or Agent Models?”, a critique of the various chemical and physical based historical economic-themed models of "behavior". [5]

ESMS journal
In 2011, Savoiu and Siman launched University of Pitesti’s new academic publication Econophysics, Sociophysics and other Multidisciplinary Sciences Journal, acronym ESMSJ, which has produced articles on multidisciplinary topics such as “quantum economics”, which gives way to the need for a “new” umbrella two cultures like namesake that captures this newly-forming modern science. [2]

Recent
In 2012, Savoiu and Siman published their joint chapter “Sociophysics: A New Science or a New Domain for Physicists in a Modern University”, in which the call for the inception of “sociophysics” in a multidisciplinarity teaching approach in universities, centered on core concepts such as the teaching of entropy in sociology, and teaching the history of the subject, which they date back to Italian physicst Ettore Majorana and his 1936 human quantum mechanics theories. [3]

Education
Savoiu currently is an economics professor at the University of Pitesti, Romania.