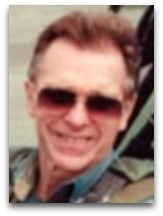 In hmolscience, Gilbert L. Wedekind (c. 1946-) is an American engineer and creationist thermodynamicist noted, in religious thermodynamics, for his natural theology stylized Spiritual Entropy, wherein he attempt to blend god and entropy to argue that thermodynamics operates socially, albeit via god's commandments.

Overview
In 2003, Wedekind, inspired by the theological thermodynamic views of American mechanical engineer Gordon Van Wylen, published Spiritual Entropy, wherein he attempted to explain what entropy, and its supposed spiritual analog spiritual entropy, has to say about God among other matters; in the following, e.g., Wededind proffers to speculate on the thermodynamics of marriage and work: [1]

“Why does a couple’s relationship tend to become strained if they don’t keep working at their marriage? Entropy seems to operate in social situations. Why do we get stressed out when we are overworked? Entropy appears to work in the psychological domain.”

Discussing entropy in the context of marriage would seem to be an interesting read. In other points in the book, however, the argument becomes nonsensical, as is often the case when one attempts to reconcile a literal interpretation of Biblical views with thermodynamic laws. In one case, for example, Wedekind argues that the second law came into existence around the time of the fall of Adam and Eve, whereby a curse was put on humankind, using the anti-aging enzyme telomerase as support for his argument: “perhaps telomerase or some equivalent was present in all cells of living things prior to the curse and, at the time of the curse, God withdrew them.”

Education
Wedekind received his PhD from the University of Illinois, Champaign-Urbana and is a professor of engineering emeritus from Oakland University, Rochester, Michigan, where he taught thermodynamics for over thirty-five years. [2] Wedekind is also an ordained pastor.