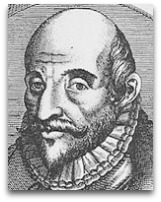 In existographies, Giovanni Porta (1535-1615) (IQ:#|#) (EP:6) (CR:17), aka “Giambattista della Porta”, was an Italian mathematician, chemist, physicist, and general polymath, noted for his 1586 invention of a telescope, able to see things miles away, and for his 1601 steam engine constructions.

Overview
In 1601, Porta, in his Spiritali, following or amid a French translation of Hero’s steam machine work, reproduced Hero's aeolipile (fig 1) and his solar boiler device (fig 2), shown below: 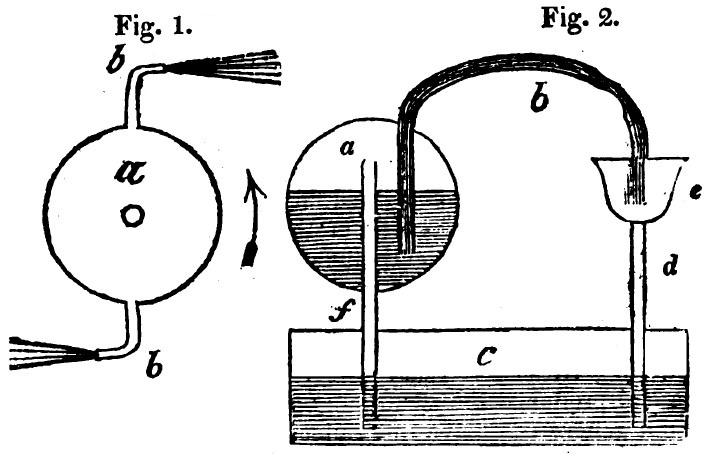 After which, he added an illustrated modified variant of his own, similar to a combination of the above two devices; as shown below, wherein, a fire is put under flask a, filled with water, which makes steam, that enters closed container b, filled with cold water, which forces the water to shoot out of tube c, into the external air: [2] 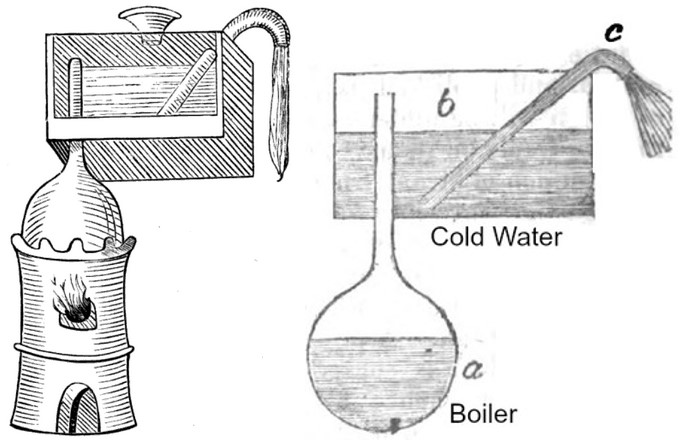 This device was named by Porta an “improved Hero’s fountain” which he also referred to as a “steam fountain”.

Porta, in this work, according to Robert Thurston (1878), described “with perfect accuracy the action of condensation in producing a vacuum, and sketched an apparatus in which the vacuum thus secured was filled by water forced in by the pressure of the external atmosphere”. His contrivances, however, were never, apparently, applied to any practical use, and were just in the “speculation stage” and not yet in the “application stage” in the history of steam engines. [4]

Other
In 1655, Edward Somerset, supposedly, made a variant of Porta's water raising device. [2]

Quotes | On
The following are quotes on Porta:

“Porta is described as a mathematician, chemist, and physicist, a gentleman of fortune, and an enthusiastic student of science. His home in- Naples was a rendezvous for students, artists, and men of science distinguished in every branch. He. invented the magic lantern and the camera obscura, and described it in his commentary on the Pneumatica.”

“By 1601, Giovanni Battista della Porta noted that a vacuum developed as steam condensed and that it could be used to draw up water.”

Quotes | By
The following are quotes by Porta:

“I have made glasses [see: telescope] that can recognize a man several miles away.”