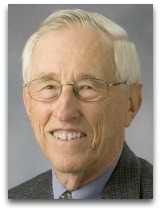 In existographies, Gordon Hammes (1934-) is an American biochemist (chnoposologist), with expertise in the area of expert in ‘biochemical kinetics’ and ligand binding of macromolecules, noted for []

Overview
In 2000, Hammes, in his Thermodynamics and Kinetics for Biological Sciences, outlined a half-semester's worth of material on chemical kinetics and thermodynamics, geared towards first year biology students, for the "cell and molecular biology" degree program at Duke University, against the pervading opinion that it "was impossible to each biology students this material", as one reviewer, who had been trying this for years, put it.
Education
In 1934, Hammes completed his BA at Princeton, and in 1956 his PhD at the University of Wisconsin-Madison. This was followed by postdoctoral research with Manfred Eigen at the Max Planck Institute for Biophysical Chemistry in Gottingen, Germany, after which he secured a faculty position at the MIT before moving to Cornell University in 1965, where he was professor and chair of the Department of Chemistry; then worked at the University of California, Santa Barbara; then joined the biochemistry faculty at Duke University in 1991.

In 2000, Hammes was a professor at Duke University Medical Center and was the editor-in-chief of the journal Biochemistry.

Quotes | By
The following are quotes by Hammes:

“Thermodynamics is deceptively simple or exceedingly complex, depending on how you approach it.”

“The first step is to define the system. A thermodynamic ‘system’ is simply that part of the universe in which we are interested. The only caveat is that the system must be large relative to molecular dimensions. Properties are either extensive, proportional to the mass of the system, or intensive, independent of mass.”