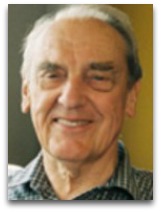 In thermodynamics, Gordon Van Wylen (1920-) is an American mechanical engineer noted, in religious thermodynamics, for his 1959 to 1973 Fundamentals of Classical Thermodynamics, wherein the state that thermodynamical laws are man's description of god's work; which for many years was a creationist apologetics citation staple.

Overview
In 1959, Wylen, in his Fundamentals of Classical Thermodynamics, included an unusual, to-common-practice, paragraph, wherein he cites the laws of thermodynamics as being man’s description of God’s continuing work.

In the 1963 edition, Van Wylen, in his preface, was acknowledging that his textbook was written with “the help and grace of God, the Creator of the Universe.” [1]

In the 1973 second edition, Wylen and co-author American mechanical engineer Richard Sonntag (1933-2010), appended a two-page section to their Entropy chapter on general comments regarding entropy and some of its philosophical aspects, asking questions such as 'how did the universe get into a law entropy state?' or 'are there processes unknown to us that occur somewhere in the universe, such as continual creation, that have a decrease in entropy associated with them, and thus offset the continual increase in entropy with the natural processes that are known to us?', or 'is the second law valid for the entire universe?'. The then conclude that conclusive answers cannot be given, but that in their opinion: [3]

“The second law of thermodynamics is man’s description of the prior and continuing work of a creator, who also holds the answer to the future destiny of man and the universe.”

Religion
Van Wylen is a devout Christian, stating that he has "lived a life committed to Jesus Christ" and for at least sixteen years he and his wife hosted a weekly international student Bible study in their home. Van Wylen was an inspiration for the 2003 book Spiritual Entropy by American engineer, thermodynamics professor, and ordained pastor Gilbert Wedekind. [2]