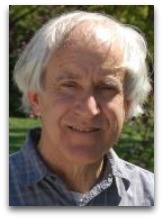 In hmolscience, Granville Sewell (c.1944-) (DN=1) is an American mathematician and intelligent design advocate, noted, in religious thermodynamics, for his 2000 to present efforts to argue against the local entropy decrease model of human formation so to disprove Darwinian evolution.

Overview
In 1997, Sewell met Michael Behe, newly-infamous for his Darwin's Black Box (1996), discussing with him how he could find more support for his ideas in mathematics, physics and computer science.

In 2000, Sewell, in his “A Mathematician’s View of Evolution”, elaborated on his suggestions to Behe, in the form of an argumentative article, at the end of which he states the following:

“The other point is very simple, but also seems to be appreciated only by more mathematically-oriented people. It is that to attribute the development of life on earth to natural selection is to assign to it — and to it alone, of all known natural ‘forces’ — the ability to violate the second law of thermodynamics and to cause order to arise from disorder. It is often argued that since the Earth is not a closed system — it receives energy from the sun, for example — the second law is not applicable in this case. It is true that order can increase locally, if the local increase is compensated by a decrease elsewhere, i.e. an open system can be taken to a less probable state by importing order from outside. For example, we could transport a truckload of encyclopedias and computers to the moon, thereby increasing the order on the moon, without violating the second law. But the second law of thermodynamics—at least the underlying principle behind this law—simply says that natural forces do not cause extremely improbable things to happen, and it is absurd to argue that because the Earth receives energy from the Sun, this principle was not violated here when the original rearrangement of atoms into encyclopedias and computers occurred.”

This is the traditional argument against local entropy decrease to disprove evolution theory. His first statement on this matter is the following reverse Laplace's demon sort of argument:

“I imagine visiting the earth when it was young and returning now to find highways with automobiles on them, airports with jet airplanes, and tall buildings full of complicated equipment, such as televisions, telephones and computers. Then I imagine the construction of a gigantic computer model which starts with the initial conditions on earth four billion years ago and tries to simulate the effects that the four known forces of physics would have on every atom and every subatomic particle on our planet. If we ran such a simulation out to the present day, would it predict that the basic forces of nature would reorganize the basic particles of nature into libraries full of encyclopedias, science texts and novels, nuclear power plants, aircraft carriers with supersonic jets parked on deck, and computers connected to laser printers, cathode ray tubes, and keyboards? If we graphically displayed the positions of the atoms at the end of the simulation, would we find that cars and trucks had formed, or that supercomputers had arisen? Certainly we would not, and I do not believe that adding sunlight to the model would help much.”

Sewell central argument seems to be that there is no way in which the four fundamental forces could have worked to synthesized society starting with the atoms and subatomic particles of the primitive earth, as it existed four to five billion years ago and that “adding sunlight to the model would not help much.” [1] He expands on this statement in 2010:

“It is probably fair to say that the majority view of science today holds that physics explains all of chemistry, chemistry explains all of biology, and biology completely explains the human mind; thus, physics alone explains the human mind. Since there are only four known forces of physics (gravitational, electromagnetic, strong, and weak nuclear forces), this means that these four forces must explain everything that has happened on earth, according to this majority view.”

Sewell then goes on to argue that this logic falls apart in the view of the entropy compensation postulate, in some way or another. His 2010 book In the Beginning, summarizes most of his arguments, and takes aim at the oft-used idiom that “anything can happen in an open system” objection to the mention that thermodynamics violates the evolution. [2]

His latest article, the 2011 “A Second Look at the Second Law”, following its supposed acceptance and drum roll by Applied Mathematics Letters, and later recant, has stirred a bit of a blog following. [3]

Interesting some of Sewell’s publications have provoked physicists and lay scientists into the role of pulpit preaching self-proclaimed thermodynamics experts (as often is the case in religion evolution debates); one example being Ukrainian-born American physicist Mark Perakh making fallacious and completely incorrect statements such as that: [4]

“While expressions like ‘entropy flows into the system,’ are common in thermodynamics, they are just metaphors. Entropy is not a substance which can literally ‘flow’ from or into a system. Entropy is a measure of disorder and the actual mechanism of its decrease in one place and accompanying increase in another place is statistical. It is realized via random motion of particles chaotically exchanging their energy and moment through collisions.”

In the correct sense, entropy is a differential unit, state variable unit heat flow that does flow into our out of systems, a simple example being radiation entropy, e.g. the passage of electromagnetic radiation into or out of a black body.

Likewise, in 2008 American computer scientist and ScienceBlogs.com writer Mark Chu-Carroll comments “no serious scientist, ever has said anything as idiotic as ‘natural selection is an exception to the second law of thermodynamics’’. [5] In the correct sense, the list of serious scientists who have comment on one version or another of this issue is long and distinguished, as is evidenced by the dozens of thinkers to have adopted the view that humans are akin to little Maxwell demons negating the second law against the tide of entropy; as is evidenced by Harold Whiting’s 1885 view that natural selection is akin to Maxwell’s demon and is thus an exception to the second law. [6] A few other noted historical examples being Herbert Spencer, William James, and John Bowlby.