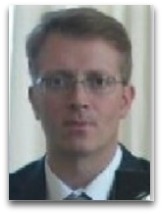 In hmolscience, Gregory Botanes (c.1965-) is a Spanish entrepreneur noted, in business thermodynamics, for his 2009 thermodynamics based methodology consulting company.

“Sthar is the first company in the word to apply the revolutionary and recently discovered social thermodynamics universal laws to model social networks behavior and predict social changes, based on a mathematical model instead of existing statistics-based models.”

A central aspect of their approach, is they claim to be able to predict the future of business needs and issues, just as is prediction is done in thermodynamics.

Botanes works with Spanish physicist Alberto Hernando who they self-define as the “father of social thermodynamics”. The theoretical approach of their company is based on a mixture of subjects including Zipf’s law, the Dunbar number, six degrees of separation, Shannon information, MaxEnt theory, and Fisher information. [4] This combined logic, supposedly, is explained in the 2009 paper “Fisher-information and the Thermodynamics of Scale-invariant Systems”, in which Hernando and his associates “confirm analogy between properties of social systems (such as electoral results, city populations, citations in physics journals) and the thermodynamics of gases and liquids.” [5]

Education
Botanes completed his undergraduate degree in telecommunications engineering, Polytechnic University of Madrid in 1990 and his MBA at IE Business School, Madrid, in 1997.