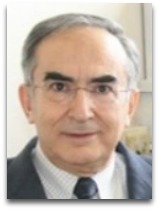 In hmolscience, Gungor Gunduz (c.1950-) is an Turkish chemical engineer, interested in sociophysics and econophysics (Ѻ), noted for []

Overview
In 2012, Gunduz, in his “Thermodynamics of Relation-Based Systems with Applications in Econophysics, Sociophysics, and Music”, attempts to argue the following: [1]

“A methodology was developed to analyze relation-based systems evolving in time by using the fundamental concepts of thermodynamics. The behavior of such systems can be tracked from the scattering matrix which is actually a network of directed vectors (or pathways) connecting subsequent values, which characterize an event, such as the index values in stock markets. A system behaves in a rigid (elastic) way to an external effect and resists permanent deformation, or it behaves in a viscous (or soft) way and deforms in an irreversible way. It was shown in the past that a formula derived using the slope of paths gives a measure about the extent of viscoelastic behavior of relation-based systems Gündüz (2009), Gündüz and Gündüz (2010). In this research the ‘work’ associated with ‘elastic’ component, and ‘heat’ associated with ‘viscous’ component were discussed and elaborated. In a simple two subsequent pathway system in a scattering diagram the first vector represents ‘the cause’ and the second ‘the effect’. By using work and heat energy relations that involve force and also storage and loss modulus terms, respectively, one can calculate the energy involved in relation-based systems. The modulus values can be found from the parallel and vertical components of the second vector with respect to the first vector. Once work-like and heat-like terms were determined the internal energy is also easily found from their summation. The parallel and vertical components can also be used to calculate the magnitude of torque and torque energy in the system. Three cases, (i) the behavior of the NASDAQ-100 index, (ii) a social revolt, and (iii) the structure of a melody were analyzed for their ‘work-like’, ‘heat-like’, and ‘torque-like’ energies in the course of their evolution. NASDAQ-100 exhibits highly dissipative behavior, and its work terms are very small but heat terms are of large magnitude. Its internal energy highly fluctuates in time. In the social revolt studied work and heat terms are of comparable magnitude. The melody depicts highly organized structure, and usually has larger work terms than heat terms, but at some intervals heat terms burst out and attain very large magnitudes. Torque terms reach high values when the system is recovering from a minimum value.”

References
1. Gunduz, Gungor. (2012). “Thermodynamics of Relation-Based Systems with Applications in Econophysics, Sociophysics, and Music” (abs), Physica A: Statistical Mechanics and its Applications, 391(20):4637-53, Oct 15.

Further reading
● Gunduz, Gungor, and Gunduz, Ozdogan. (2014). “The phase space interpretation of the Le Chatelier‐Braun principle and its generalization as a principle of natural philosophy” (abs), Physics Essays, 27(3):404-10.